The most innovative blues-rock axeman in the 1960s Chicago music scene was a young man in his twenties who began his career with none other than Charlie Musselwhite. The young guitarist’s name ? – Harvey Mandel, who went on in 1968 to release a brilliant solo record entitled Cristo Redentor, one of the most influential psychedelic blues albums of all time. Mandel spent a year with Canned Heat, and also appeared on the Black and Blue album from the Rolling Stones. He has carved out a reputation as one of the most underrated guitarists of the 20th century. Many have credited him with the invention of the two-handed tapping technique notably employed by Eddie Van Halen. Mandel deserves to be in the pantheon of guitar innovation,

At 77, Harvey is still active and still exploring music close to the edge of the sonic frontier. In fact, he stated recently that he is playing better than ever. This new album, consisting of eight original tunes in which he is backed by drummer and co-producer Ryan Jewell (Ryley Walker, Laraaji) and bassist Andy Hess (Gov’t Mule, Black Crowes) makes a strong case for that encouraging statement, given his numerous health challenges in recent years.

Who’s Calling is a wholly successful contradiction in terms; it’s a gritty, hard-driving piece of work characterized by the precise, highly melodic playing of other-worldly sounds and rhythms. Mandel has always been a master of sustain, tone, delay and distortion, but on this outing he steps things up a considerable notch with layers of depth and sonority. His sidemen are simply superb, notably Jewell’s accomplished stick work and Hess’s sophisticated bass artistry that together propel Mandel’s wizardry.

The album clocks in at a mere 28 minutes, but in this case less is definitely more, as there are few guitar-based albums that call for immediate replay in the compelling fashion that these eight compositions summon up in the listener.

This is music for the 21st century, and a must for guitar fanatics of every description. It’s never too late for Mandel to receive his just appreciation for the magnitude of his talent. Who’s Calling is a more than fitting evolution of that incendiary work he displayed on such classics as “Wade in the Water”, the groundbreaking performance from his first solo album. 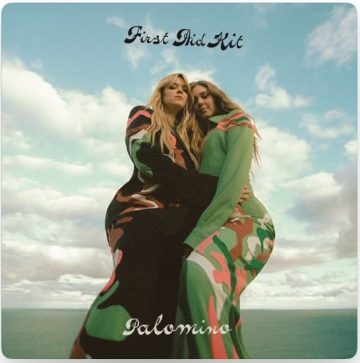