Asia In Concert At The Ovation: The New Era 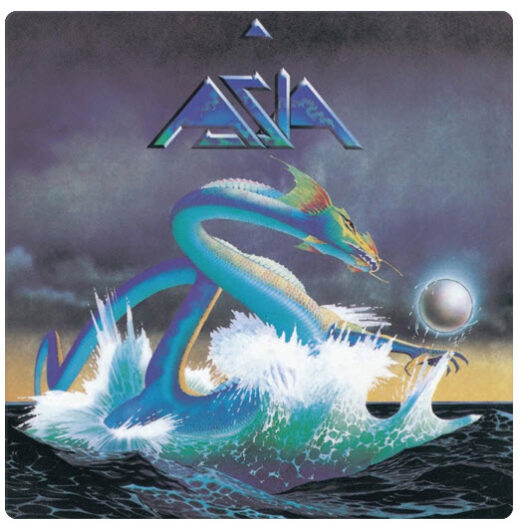 An early show highlight came after the other members left the stage to Steve Howe for his performance of three solo acoustic guitar numbers. They ranged from classical (an adaptation of Vivaldi’s “The Four Seasons”) to country swing/jazz (“Trambone” by Chet Atkins, whom Howe has credited as one of his chief influences and a major source of inspiration). His fleet fingered fretwork was superb, as he displayed the total mastery of his instrument evident for decades with his other super-group Yes. Although slight in physical stature, the man is a muscular giant when it comes to coaxing sweet notes of crystal clarity from a guitar. Howe makes each note count, over and above having an expert sense of how to blend his instrument into a group setting.

Then it was time for vocalist John Wetton (UK, Family, King Crimson) and Geoff Downes (Buggles, Yes) with his grandiose stacks of keyboards and synthesizers to pair off and display their immense talents on three songs. “I Know How You Feel” from the new XXX release featured Downes providing ethereal sync sounds that mimicked a massive church pipe organ while Wetton soothingly sang like a heavenly angel. That blissful treat was followed by a song prefaced by Wetton stating “This song was like a double-edged sword.” The benefit side of the “sword” was that “Don’t Cry” a single from Alpha, Asia’s second album, hit number ten on the Billboard Hot 100 in the United States. As for the liability side of the song, I decline to venture his meaning. Regardless, Wetton sang it with real orator gusto, with harmony vocal assistance from Downes on the “Don’t Cry” repeated refrain. The bare-bones arrangement served to draw added attention to the song’s vocal. The overflow crowd willingly joined in to sing along on the catchphrase. The Asia fans in attendance recognized another song from Alpha, “The Smile Has Left Your Eyes,” long before John had finished singing the first line …. “I saw you standing hand in hand, but now you come to me a solitary man.” The audience soon acknowledged the perceived song ending with loud applause; only to have Carl Palmer and Steve Howe reappear on stage and resume the song adding a fiery electric combustion missing from the prior keyboard/vocals only semi-acoustic treatment.

The artistic ensemble was clearly continuously firing on all cylinders as a pulsating quick- paced song was played during which the guitar, bass, organ and drums each took turns leading the unit forward toward progressive rock majestic brilliance. Howe prowled the stage as he maintained an animated presence, pausing at each musical station to make eye contact with his fellow musician as if seemingly feeding off of the palpable energy. Downe’s piano smoothly segued into a less frantic rhythm as the band members began leaving the stage ultimately leaving Carl Palmer alone to begin an amazing drum/percussion/cymbal solo.

Age hasn’t impeded Palmer’s panther quick reflexes as he demonstrated phenomenal dexterity and machine-like precision moving all over his Ludwig drum kit changing rhythm and cadence with patterned progressions that had to be witnessed to be believed. He alternated rapid-fire tom-tom rat-a-tats with effortless snare drum press rolls and cymbal punctuations. He raised both hands in a “look ma, no hands’ method, as his feet flew on the double bass drum pedal set-up changing the flourishing beats like a tap-dancer on steroids. His coordination as he swirled back and forth to incorporate each of the gongs in the rear of his kit into his percussive modulation plus the awe-inspiring manner in which his wrists remarkably rotated also defied description.

The large video screen monitor perched high on stage provided an overhead view of Palmer that helped show off this tremendous exhibition of peerless drumming excellence. After a nearly ten minute showcase he matter-of-factly proclaimed to the appreciative fans …..“That was a drum solo.”

“An Extraordinary Life” from the Phoenix album followed and was highlighted by piercing guitar runs from Steve Howe on his Gibson ES. Wetton’s winning vocals were timely supported by Geoff Downes’ harmonies. Downes keyboard radiance was evident throughout the evening, and this song was another prime example of the melodic foundation that he provides to the mix in addition to possessing marvelous composition and arrangement expertise.

Downes used a synth vocoder on Alpha’s “Open Your Eyes,” another great song and Asia concert staple that underscored the group’s virtuoso chops in addition to their penchant for inventive arrangements, memorable catchy choruses, and John Wetton’s strong vocals.

As could be expected, the encore was “Heat of the Moment,” the first single off the chart topping debut album, and Asia’s biggest selling single of all time. The signature song received an extended treatment that escalated their adoring fans into a musical euphoria of lofty heights.

Asia’s driving, booming beats, regal-lush swooping keyboards, peerless accomplished guitar play and highly-gifted vocals would seemingly be better suited for a large arena; but, in fact, the intimate coziness and splendid acoustics provided by the Ovation Lounge turned out to be the ideal setting. This rendering of melodic hard rock delivered by masterful musicians fused by years of shared experience proved to be the quintessence of what a concert event strives for.