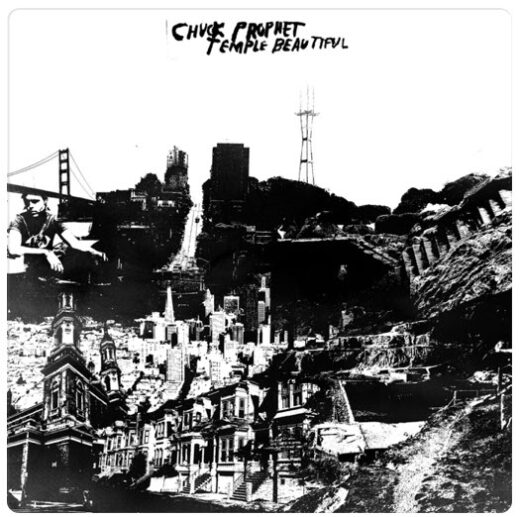 Chuck Prophet possesses one of the most glorious voices in American music today. He’s also a superb songwriter and a fine guitarist, backed by a cracking band called the Mission Express. Prophet’s new album Temple Beautiful deserves a wide audience, but will it get it?

Well, we said the same thing about his 2009 album, the retro one recorded down in Mexico called !Let Freedom Ring! which contained the memorable “Sonny Liston’s Blues”, as well one of the most unforgettable love songs of the past ten years, the haunting and emotional “Leave The Window Open”.

Chuck is into his late forties now, and he’s made more than a dozen solo albums always verging on the edge of a major breakout. With this release, it’s time, really time that Prophet gets what he deserves,  which is widespread acclaim. Think of Tom Petty  and the genre-defying Warren Zevon, then audition Chuck’s somewhat bizarre characters backed by a relentlessly upbeat band. This band is not slick, contrived,  hit material. The lyric content projects an outlook distinctly Dylanesque.

There’s no else on the contemporary Americana scene who does anything remotely similar to Prophet He is a compelling figure with outsized talent.

Key tracks:  the title song song,  the mysterious bravado of “Willie Mays Is Up At Bat”, and the  marvelous “He Came From So Far Away”.

His he and his band are scintillating in live performance. Jump at the opportunity to see him in concert if he comes your way.