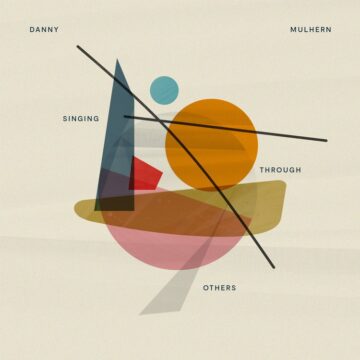 ‘Singing Through Others’, released via Enate Music/Kontor Media, is the fifth album and first independent release from composer, multi-instrumentalist and producer, Danny Mulhern. It continues his collaboration with the London Contemporary Orchestra (Radiohead, Actress, Jonny Greenwood, Terry Riley) and was recorded at the Church Studios, Crouch End and Angels Studios, Islington between 2019 and 2022.

Ahead of the forthcoming album, Mulhern is pleased to share the video for his new single ‘We Are Not Machines’, released 5th August. VIDEO

Since scoring the critically acclaimed Hollywood film ‘What They Had’ (dir. Elizabeth Chomko) in 2018, Mulhern has been examining the motivations behind his work. ‘Singing Through Others’ is essentially a meditation on relationships, taking its title from the words of poet and philosopher Nora Bateson, who also appears on the album. The work of philosopher Iain McGilchrist, whose work Mulhern has followed closely, has also inspired the titles of three of the pieces on the album; ‘We Are Not Machines’, ‘Everything Flows’ and ‘The Fertile Night’. In contrast to 2020’s critically acclaimed ‘Flow States’ which saw Mulhern exploring the relationships between improvising musicians and the experience of flow states, ‘Singing Through Others’ expands outwards from the previous work Mulhern has done with musicians from the London Contemporary Orchestra, and introduces a much wider palate of tempos and sonic colours. Band instruments and electronics blend organically with orchestral players with the entire album cohering along the background of the importance of relationships and the album features Oliver Coates (Jonny Greenwood, Radiohead, Mica Levy) and violinist and artist/film composer, Galya Bisengalieva.

Mulhern releases instrumental music and writes music for film, most working with small ensembles, combining contemporary classical with other genres. His cinematic approach to composition led him to write scores for Hollywood films and TV. Credits include ‘What They Had’ (2018), the BBC crime drama ‘Silent Witness’, major BBC documentaries including ‘Princess Margaret: The Rebel Royal’, ‘The Natural World’, ‘How Art Made The World’ plus entertainment shows with Derren Brown, Matt Lucas and Simon Pegg.

Mulhern is motivated by the role art can play in our connection to meaning, and that relationships – personal and collective – are primary to this. ‘Singing Through Others’ is perhaps also a re-examination (or even a lament) on the concept of an album as an artwork in 2022. “It’s interesting thinking about an album as a concept in 2022. Are they consumed as a coherent body of work anymore? I very much have faith that art matters, and this is the best of what emerged from me over the last couple of years. I like the idea of these eleven individual sovereign pieces both standing alone, and coming together to make something more than the sum of their parts. Then outwards further, a slice of a longer continuum, and ever becoming,” says Mulhern.

He is also an active member of the Rebel Wisdom community over the last few years – a YouTube channel and community, part of a broad set of communities which have been collectively dubbed ‘The Liminal Web’.