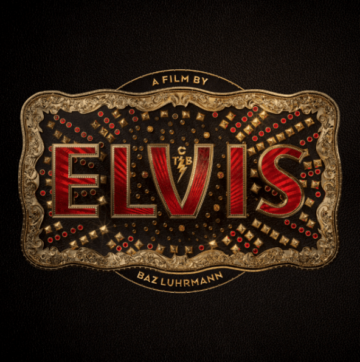 Today, House of Iona/RCA Records release the highly anticipated ELVIS Original Motion Picture Soundtrack –  click here to listen. The soundtrack comes day and date with Baz Luhrmann’s blockbuster film ELVIS starring Austin Butler and Tom Hanks, in theaters now. The soundtrack has a variety of artists, mixing different genres and sounds to create something special alongside the movie. It features tracks from some of the biggest stars – Eminem & CeeLo Green (“The King and I’), Tame Impala (“Edge of Reality (Remix)” with Elvis Presley), Stevie Nicks & Chris Isaak (“Cotton Candy Man”) and Jack White’s duet with Elvis Presley (“Power of My Love”). Austin Butler also lends his vocals to Elvis Presley’s “Trouble,” “Baby, Let’s Play House” and more. From Kacey Musgraves’ angelic version of “Can’t Help Falling In Love” to Doja Cat’s “Vegas” that interpolates ShonkaDukureh’s (who plays Big Mama Thornton in the film) version of “Hound Dog” to Måneskin’s rock ballad version of version of “If I Can Dream” – the album blends the old classics with a unique flare that brings new life to these Elvis Presley classics.

You can visit the Elvis Record Store immersive site to hear tracks from the Elvis Original Motion Picture Soundtrack: https://recordstore.elvisthemusic.com

In celebration of Elvis’ legacy and upcoming bio-pic, Spotify is also releasing an exclusive enhanced album highlighting many of the iconic songs featured in the ELVIS film such as “Hound Dog,” “Burning Love,” and more. Fans will be treated to a multimedia album experience with special clips from director Baz Luhrmann, and featured soundtrack artists PNAU, Måneskin and Paravi sharing with listeners the importance of Elvis’ musical legacy. Listen to the enhanced album here.

ELVIS is an epic, big-screen spectacle from visionary filmmaker Baz Luhrmann that explores the life and music of Elvis Presley (Austin Butler) through the prism of his complicated relationship with his enigmatic manager, Colonel Tom Parker (Tom Hanks). The soundtrack features Elvis’s extraordinary body of work spanning the 1950s, `60s and `70s, while also celebrating his diverse musical influences and enduring impact on popular artists today.