Considering the sustained burst of musical brilliance emanating from the Mississippi Delta, we’re making a sweeping statement here to call Skip James “The Greatest Of The Delta Blues Singers”, but Skip’s haunting falsetto, virtuosic guitar picking, and carefully constructed compositions of blues originals make him an essential artist, not just for the blues aficionado but for anyone interested in great music.

Skip James (born June 9, 1902 in rural Mississippi) pre-dated Robert Johnson, and in fact was a huge influence on Johnson’s style. It’s not too much to say that had Skip been subject to the same sort of drama that made Johnson notorious, we would now be looking to Skip James as the ultimate bluesman rather than Johnson. The seventeen masters James cut for Paramount Records in Grafton, Wisconsin back in February of 1930 included such notable songs as “I’m So Glad”, and “Devil Got My Woman”, and “Illinois Blues”, each of which has been hugely influential on artists such as Eric Clapton, Lucinda Williams, Big Sugar, Dion DiMucci and countless others. On most of those seventeen tracks Skip employed his distinctive cross-note tuning, which consisted of E-B-G-E-B-E, which enabled Skip, in his own words to “cross my majors and minors together as I wanted to”.

Johnson not only based his famous “Hellhound On My Trail” on James’ “Devil Got My Woman”, but he took his “22-20 Blues” directly from James. Later audiences first learned of Skip when the supergroup Cream recorded their version of “I’m So Glad” on a blistering album cut taken from their debut album Fresh Cream in 1966, an album, btw, which still sounds as though it came out of next week. Cream notably performed this song live at Albert Hall in their reunion concert of 2005, but for this listener their first take on this tune remains the one to own.

James’ records sold hardly at all when released. In 1932 Paramount Records succumbed to the exigencies of the Great Depression, which meant that Skip stopped receiving royalties. Soon after, Skip’s enduring poverty claimed his music career. In later years, he recalled that “I just got so care-hardened and discouraged… I just gave up, quit playin’ altogether”.

Fortunately in 1964 the young blues enthusiast and guitar genius John Fahey travelled down south to Tunica, Mississippi, where the ailing bluesman was in hospital. Upon Skip’s release, Fahey arranged for him to travel to Washington, DC, where Skip resurrected his career with a series of brilliant performances, among them being the 1964 Newport Folk Festival. He also recorded some new sides, demonstrating that while his gorgeous falsetto had lost some of its range, his playing and his emotive range penetrated the hearts and minds of everyone who witnessed his presence.

If you’ve been wary of listening to early blues artists due to scratchy 78s, this is the place to start. 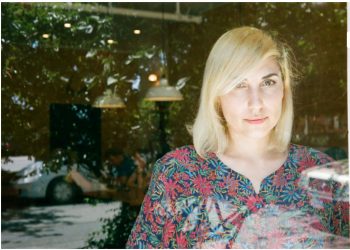