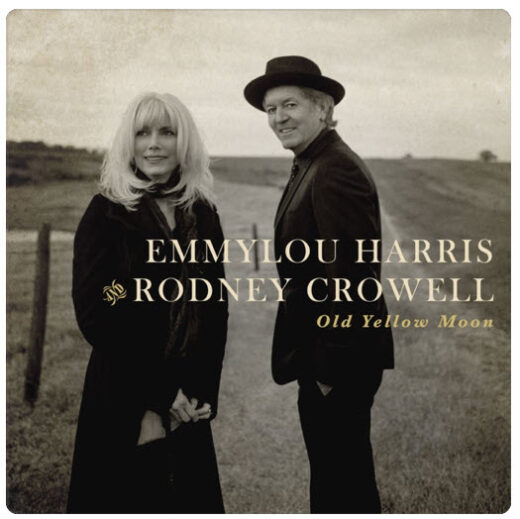 The collaborative pairing resulting in a complete album by fabled country/alternative country superstars Emmylou Harris and Rodney Crowell  finally came to fruition. The realization of this nearly 40 year old concept resulted in Old Yellow Moon on Nonesuch Records, a high quality recording that was worth the lengthy wait and matched the lofty expectations. The release featured the duo’s superlative vocals with a “throw-back feel” to the days when the country-rock hybrid that is now called Americana sprang to life.

The two met in 1974 after Emmylou had signed her record deal with Warner Brothers and was appraising, with producer Brian Ahern, possible song selections for her first solo album Pieces of the Sky. Following her playing a cassette of budding songwriter Rodney Crowell compositions, Harris decided to record “Bluebird Wine” as the opening track in 1975 on what would become one of the most auspicious entrances in the history of country music. Later that same year Emmylou chose two of Crowell’s songs for inclusion on Elite Motel; “Amarillo” picked as album opener with Emmylou credited as co-writer. The second was tear-jerker “Till I Gain Control Again,” one of my all time favorite Emmylou recordings. Crowell’s colorful compositions have been regular selections into her subsequent distinguished catalog to this day.

Rodney Crowell would join Emmylou’s exceptional back-up band, The Hot Band, along with various significant artists such as guitar legend James Burton, Glen D. Hardin, John Ware, Hank DeVito, Emory Gordy, and on occasion Albert Lee, and Vince Gill. It is alleged that Warner Brothers signed Emmylou on the condition that Brian Ahern produce her album, and then later they requested that she “get a hot band,” which she indeed did. Burton, Gordy, Gill, and Hardin make guest appearances on Old Yellow Moon, along with many other great musicians of note, with three of Hank DeVito’s compositions residing among the twelve songs on Old Yellow Moon.

The duet by Harris and Crowell on Roger Miller’s “Invitation to the Blues” is splendidly enhanced by the swinging fiddle of Larry Franklin and the beautifully effortless steel guitar by Paul Franklin. A strong Crowell lead vocal with superb vocal harmony from Harris goes hand in hand with the brilliant instrumentation to make this one of the best songs on the album. I never thought I would hear a better version than Chris Hillman & Herb Pederson’s remake; but … here it is.

Emmylou lends a radiant lead vocal on the remake of the 1993 Patti Scialfa song “Spanish Dancer,” a song romantically written from the point of view of a young woman with a yearning heart. Vince Gill captures a shimmering traditional tone on his gut-string guitar to frame the song, which also features lovely piano from Bill Payne.

The first Rodney Crowell penned song (co-authored with James T. Slater) on Old Yellow Moon offers a tender duet opportunity for himself and Emmylou. It’s titled “Open Season on My Heart,” and the title pretty much sums up the wounded heart sentiment contained therein. In the vein of most Crowell compositions, the oft-profound lyrics tell a story very well. The song had originally appeared, with Crowell singing backup, on Tim McGraw’s 2004 Live Like You Were Dying release. The talented Crowell giftedly imparts an earnest vulnerability in his vocal that is fully convincing.

Master poet/songwriter Kris Kristofferson’s outlaw country song “Chase the Feeling” has the sensation of an Everly Brothers classic due to the perfection of the duet harmony. The terse reverberating guitar-driven melody puts to mind the defiant Lee Greenwood/Nancy Sinatra chestnut “These Boots Are Made For Walkin’.” Notable bass supplied by Michael Rhodes, kickin’ drums by Chad Cromwell, and piano by Reese Wynans (three former members of Fortunate Son) provide country-rock substance aplenty to the tune.

Another Hank DeVito composition, “Black Caffeine,” accepts a country/blues treatment that sets it apart from the other songs on this collection. It’s lively somewhat confrontational “in your face” approach is slightly reminiscent of a June Carter and Johnny Cash duet (maybe “Jackson”); which of course is a good thing. It’s strategic placement midway on the playlist of Old Yellow Moon, following the rocking “Chase the Feeling” keeps the album from acquiring a too ballad-heavy feel.

The Allen Reynolds romantic/rueful song “Dreaming My Dreams,” which was the title track of one of Waylon Jennings’ number one albums is made over as a gorgeous duet. The harmonizing by Harris and Crowell is immaculately exquisite, plus the musical accompaniment is handsomely elegant in its understated simplicity.

Crowell’s above-mentioned “Bluebird Wine” has a slight lyrical rewrite and the lead vocal is commendably handled by Rodney. The backing musicians all contribute mightily to the feel-good vibe achieved on the arrangement. A vibe perhaps similar to the high gained after drinking a bit too much bluebird wine?

Matraca Berg’s “Back When We Were Beautiful” is given a starkly poignant treatment resembling a funeral dirge with Emmylou singing lead with Rodney harmonizing in the background. The plaintive piano played by John Hobbs is forefront in the instrumentation. Barely audible in the background are Steuart Smith (Don Henley, Vince Gill) credited with Mandocello and David Hungate (Toto) on Arco acoustic bass. Emmylou sings somberly with a world weariness that gives credence to the lyrical content concerning an aging person forlornly reminiscing about days gone by.

Two Rodney Crowell penned songs come next, “Here We Are” and “Bull Rider.” “Here We Are” was originally recorded as a duet in 1979 by George Jones and Emmylou Harris on Jones’s My Very Special Guests album. It resurfaces as the perfect song to revisit on Old Yellow Moon for all the obvious reasons. “Bull Rider,” Crowell’s song made famous by his former father-in-law Johnny Cash, includes the fantastic image to illustrate bull riding: “like a hurricane dancing with a kite.” Compositions such as this are the reason Crowell has earned the well-deserved reputation as master lyricist. The commentary he provides regarding the dark, sad nature of the bull rider’s existence could well be an allegory for the hardships endured in life. Stuart Duncan’s fiddle and banjo again catch the ear along with the collective group of acoustic guitars.

The title track, a Hank DeVito and Lynn Langham composition, is a country waltz style ballad that possesses a poised splendor and ends the album with a polished allure. Langham plays softly gentle piano with heartfelt sensitivity proving that in addition to writing excellent songs she is also a talented player.

Many of the vocals for Old Yellow Moon were cut live, with few overdubs. This gives the album rare warmth and intimacy approximating sitting by the fireplace or on the back-porch listening to longtime friends harmonize. The production by Brian Ahern is flawless, focusing on the vocals and how to better surround them with the precise instrumentation. These amazing world-class musicians assembled never detract from the quality and importance of the melody and the supported vocals. The perceptible amity between Brian Ahern, Emmylou Harris, and Rodney Crowell is plain as the nose on your face. It is the overriding reason that this record comes off as so relaxed and as enjoyably comfortable as your favorite recliner or beloved t-shirt. 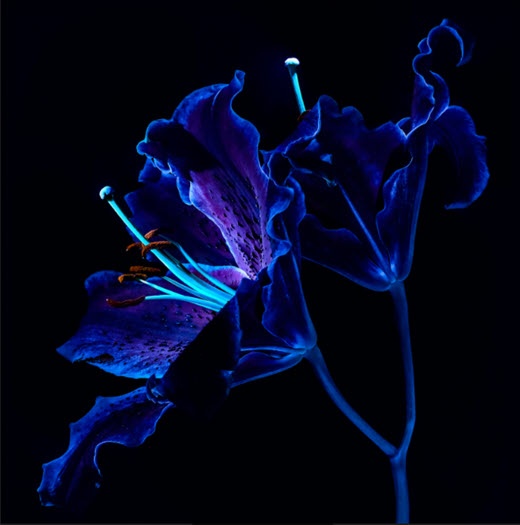