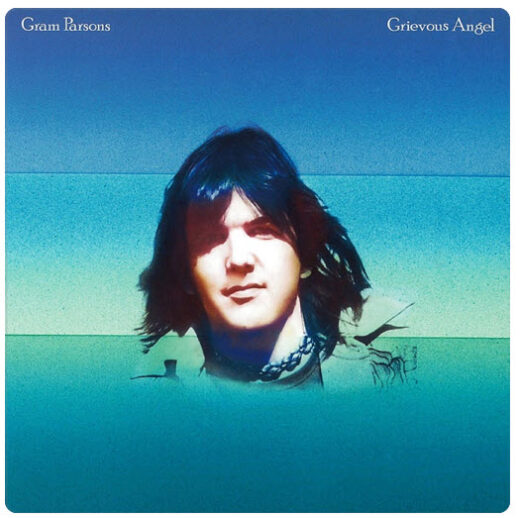 The creator of Cosmic American Music still throws a huge shadow as one of the true forerunners of Americana. His posthumous album is a work of shimmering, timeless beauty.

Gram Parsons – dead at 26 in September 1973 from an overdose of morphine and alcohol in the desert at Joshua Tree, California while celebrating the completion of his second solo album, Grievous Angel. Well, actually, it wasn’t a solo album at all. It was a collaboration with his protege, Emmylou Harris, but Gram’s wife Gretchen was so damned jealous of Emmylou that she insisted the project be termed a solo work. Emmylou was inconsolable after Gram’s death, and there’s never been a better tribute to Gram than her “Boulder to Birmingham”. If you haven’t wept in a while and need a good cry, you should dig out that tune, and then play Grievous Angel and hear the full extent of what the music world lost.

Of course, you can hear Parsons in dozens of other artists: The Byrds, The Flying Burrito Brothers, Emmylou, Lucinda Williams, The Nitty Gritty Dirt Band, and throughout the works of such lesser talents as The Eagles, about whom Gram quietly said, “I don’t dislike their music. I fucking despise it”. After all, Gram was there first, or rather, he seized upon the finest elements of country music (The Louvin Brothers, Merle Haggard, and Boudleaux Bryant) and invented an amalgam of country and rock that was too authentic for either country stations or rock stations to play. Though The Byrds are given credit for the influential Sweetheart of the Rodeo album (a 1968 release) Gram was really its driving force. And he was all of twenty-one years old! Gram was also a drug-addled companion of The Rolling Stones in their Exile on Main Street period, and introduced both Keith and Mick to material that led to their creation of “Wild Horses” and “Honky Tonk Women”.

His consummate achievement, though, lay in his discovery and fostering of Emmylou Harris, who in the early 70s was an obscure folk singer playing the cheaper side of music in small Washington, DC clubs. He introduced her to real country records (“Satan’s Jewel Crown” by The Louvin Brothers) and he sensed that the combination of his country rock voice with her heartbreaking soprano would be something special. What Emmylou loved about him was that he seemed to know just about every damned song ever written, and that he insisted on superb musicianship from everyone around him: James Burton from Elvis’s band, Bernie Leadon, Byron Berline, Linda Ronstadt to name a few who showed up for the Grievous Angel sessions.

The Grievous Angel album is a disparate, desperate work of heartbreak and desire, fuelled by Gram’s ambition to create a work of lasting beauty. In a sense every Emmylou Harris album is a sequel to Grievous Angel: that album’s rock sensibilities (“I Can’t Dance”), poetic interpretations of standards (“Love Hurts”) and original material (“$1000 Wedding” and “Brass Buttons”) lay the groundwork that pervades Americana and  roots music today.

It’s time, long since time, for Gram to be recognized officially with induction into both The Country Music Hall of Fame and the Rock and Roll Hall of Fame. He’s that important. We consider this recording absolutely essential for every fan of Americana music.