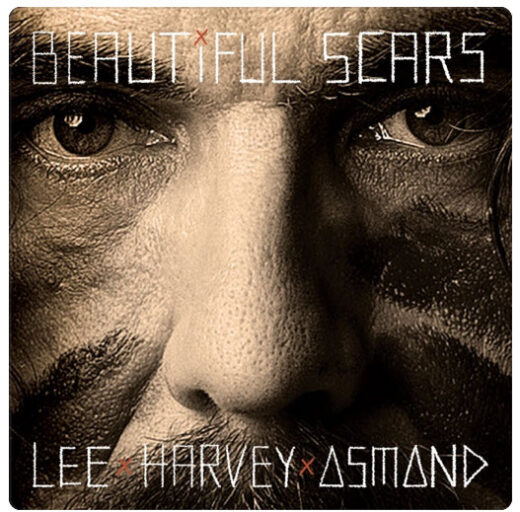 Stinging acid-folk from one of Canada’s best-kept musical secrets: that about sums up this 2015 album from Lee Harvey Osmond, also known as Tom Wilson of the famed Blackie and the Rodeo Kings. Those expecting a variation on that theme will be pleasantly surprised, both for the superb musicality of Beautiful Scars and the singular songwriting talents which might be favourably compared both to Leonard Cohen and Tom Waits. This ain’t no country record, boys. Beautiful Scars takes the listener deep into the back rooms of a jazz club you never knew existed, where hipsters go to discover themselves and delve deep into twisted, weirded-out thoughts. Lee Harvey is, after all, an alter ego and with such permutations all is permitted, even encouraged.

A word or two about the instrumentation and arrangements: layered, complex, imaginative. Osmond’s deep baritone is capable of both brutal honesty and tender sophistication, and it’s well complemented here by surf guitar, sultry saxophone, hopped-up flute and jazz-inflected rhythm work. Not since last year’s demonic debut of Sturgill Simpson’s Metamodern Sounds in Country Music have we heard such compelling stuff.

For those who wonder how Osmond ever got himself into the Rodeo Kings, the evidence exists with “Dreams Come and Go” and “The Bottom of our Love” , both revelatory confessionals that could well find itself into the Kings’ catalogue, but these two songs, beautiful as they are, seem the odd ones out. The balance of the record is considerably, and pleasantly so, way beyond the mainstream.

Key tracks: “Loser Without Your Love”, “Shake The Hand”, “Oh The Gods”, and the rousing closer “Hell Boy Blues”. The show-stopper, though, is “Black Spruce” with a psychedelic bent exhumed from Memphis Underground as well as The Doors – this tune alone is worth the price of admission.

What’s next for Osmond? – perhaps a deconstruction of Allen Ginsburg’s “Howl” (“I saw the best minds of my generation destroyed by madness”). We can hardly wait. Osmond almost out-cohens Cohen, nearly out-waits Waits, and disrupts the countryside all around with this near-perfect record.