Essentials: Talking Heads ‘Once In A Lifetime’ Retrospective

If you don’t know the music of Talking Heads, you should get acquainted with one of the most exciting and provocative art-rock groups ever and there’s no better place to start than “Once In A Lifetime”.

Opening salvo from “Once In A Lifetime”

Talking Heads’ 1980 masterwork “Once In A Lifetime” was selected by National Public Radio as one of the top 100 musical works of the 20th century. It is a riveting number, with lyrics so far removed from the rest of what was going on that it can be claimed that something new really did happen when Talking Heads finally came of age with their album Remain in Light.  However, the definitive version of “Once In A Lifetime” is the live version released on Stop Making Sense in 1984.

Talking Heads brought to the endgame of the Old Order something new and different. Whereas punk music longed to smash everything, Talking Heads meant to dislodge us from our comfort. They developed a new language for songwriting and performance, one that didn’t deliberately repulse the audience. For them the era of verse, verse, chorus, bridge, verse again etc. was too limiting and formulaic. They took the best elements of pop, funk, African rhythms, polyrhythms, ambient sounds, and whatever else was at hand and combined them with terrific staging and choreography, weird song titles and lyrics, while fueling themselves on a seemingly endless reinvention of the band’s focus and purpose.

The driving force, the lead singer, and the principal songwriter for Talking Heads was David Byrne. The group’s first couple of albums had critics calling them a new wave band or a pop-art band with limited commercial appeal. Little did they know what they dealing with when it came to Byrne, who is a man of seemingly unlimited talent, a true Renaissance man who, as no other figure from the 1980s (excepting, perhaps, Brian Eno) has continued to exert a major influence of music of many genres.

Here’s the elephant in the room: has anything truly significant or revolutionary happened in music since Talking Heads appeared on the scene? It’s been nearly 40 years and counting since they galvanized both recorded music and live performance. Think of what transpired from 1950-1985; how much music from 1985 to 2021 will last another 30 years? The fact is that these earlier musical giants cast a long shadow: their works have been and continue to be extensively covered by other artists, are frequently sampled, extensively looped, and often quoted. The good news is that even Byrne himself is optimistic about the current state.

Since Talking Heads broke up in 1991, Byrne has been very involved in in world music, film scoring, and musical experimentation. In 2008 he reunited with Brian Eno (with whom he had recorded 1981’s My Life In the Bush of Ghosts) to release a new album. He has also continued with art exhibitions (he as well as two others in Talking Heads were originally art students) and has had several major exhibitions of his work over the years.

Not that long ago Byrne posted online the following comments on the future of music:

“There was another piece in the Times today about yet another 20 percent drop in CD sales. (Are they running the same news piece every 4 months?) Jeez guys, the writing’s on the wall. How long do the record execs think they’ll have those offices and nice parking spaces? (Well, more than half of all record A&R and other execs are gone already, so there should be plenty of parking spaces). They, the big 4 or 5, should give the catalogues back to the artists or their heirs as a gesture before they close the office doors, as they sure don’t know how to sell music anymore. (I have Talking Heads stuff on the shelf that I can’t get Warner to release.) The “industry” had a nice 50-year ride, but it’s time to move on. Luckily, music remains more or less unaffected — there is a lot of great music out there. A new model will emerge that includes rather than sues its own customers, that realizes that music is not a product in the sense of being a thing — it’s closer to fashion, in that for music fans it tells them and their friends who they are, what they feel passionately about and to some extent what makes life fun and interesting. It’s about a sense of community — a song ties a whole invisible disparate community together. It’s not about selling the (often) shattered plastic case CDs used to come in.”

David Byrne has mentioned in interviews that the inspiration and lyrical content for this song came about while he driving in New York one night in the late ’70s. He happened to tune in to a religious program where a fundamentalist preacher was going on and on about how the present scene will lead all of us sinners to hell, just as rock and roll led us to damnation in the ’50s. No one ever summed it up quite like Talking Heads, or got us to sing along to the message of certain perdition while dancing to an irrepressible beat.

There is no better evaluation up of 21st century life than this 20th century number, and despite Byrne’s generosity towards present-day music there has been little issued in the last twenty years that sounds more interesting sonically than this masterpiece from Talking Heads.

The definitive version of this song is to be found on the still relevant masterwork of live performance Stop Making Sense, which belongs in your music library long before most 21st century recordings. As for the sound quality of this digital work, it’s magnificent and is one of the earliest examples of why digital has come close to equaling the best of analogue sound.

Mick Kolassa & Mark Telesca ‘You Can’t Do That!’ Album Review 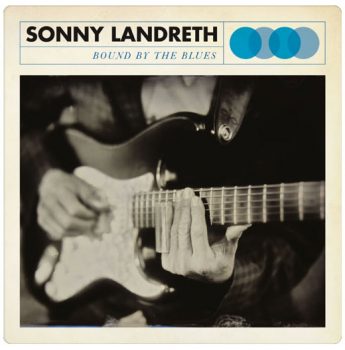 The National ‘Trouble Will Find Me’ Album Review