Essentials: The Beatles “A Day In The Life” Review 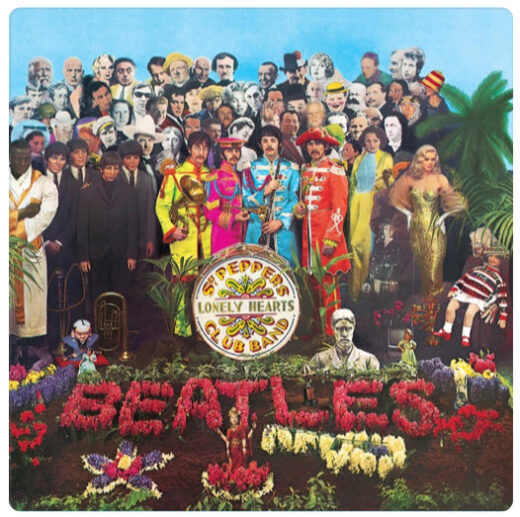 In 1963 The Beatles were recording nothing but two minute pop singles. They were writing stuff like “It Won‘t Be Long”, “All My Loving” and “I Wanna Be Your Man.” Just over three years later they had recorded their masterwork album, Sergeant Pepper‘s Lonely Hearts Club Band. With every intervening album they had taken giant steps to reinvent themselves.

So, in the words of Talking Heads, who shall have the final say in this matter of great music from 1950-1980, “How did I get here?” And where was here and from where did here make its way? – in the case of The Beatles it was from November 1963 when an entire Beatles album was recorded in 10 hours to January 1967 and the 34 hour recording time of the most influential single song in rock history: “A Day In the Life”. They went from Meet The Pop Stars to Meet The Composers with four minutes, forty-five seconds of droll lyrics and symphonic cacophony that concluded with the most famous E chord ever played by 3 pianos and 8 hands. Here‘s what the BBC had to say at the time:

“We have listened to this song over and over again. And we have decided that it appears to go just a little too far, and could encourage a permissive attitude to drug-taking”.

The Beatles had the good fortune of finding George Martin, one of the best arrangers and producers in the history of popular music. He is rivaled only by Phil Spector, but had the advantage over Phil of having a normal childhood and a head full of correctly flashing neurons. And one other thing; Lennon and McCartney were the best songwriting duo since Gilbert and Sullivan, who by the way had a less than amiable split as well. However, the partnerships of these two duos exhibit some revealing similarities. Listen to what Sir Henry Wood had to say about G & S in 1922 and consider how these words apply to John & Paul:

“…Sullivan has never had an equal for brightness and drollery, for humor without coarseness and without vulgarity, and for charm and grace. His orchestration is delightful: he wrote with full understanding of every orchestral voice. Above all, his music is perfectly appropriate to the words of which it is the setting… He found the right, the only cadences to fit Gilbert’s happy and original rhythms, and to match Gilbert’s fun or to throw Gilbert’s frequent irony, pointed although not savage, into relief. Sullivan’s music is much more than the accompaniment of Gilbert’s libretti, just as Gilbert’s libretti are far more than words to Sullivan’s music. We have two masters who are playing a concerto. Neither is subordinate to the other; each gives what is original, but the two, while neither predominates, are in perfect correspondence. This rare harmony of words and music is what makes these operas entirely unique. They are the work not of a musician and his librettist nor of a poet and one who sets his words to music, but of two geniuses. “

“ A Day In the Life” has never stopped having its day. The song‘s origins may have begun with Lennon‘s wanting to top Brian Wilson of The Beach Boys, who had written and recorded “Good Vibrations” as a competitive response to the groundbreaking work of the Beatles on Revolver. Like the Beatles, the Beach Boys had begun as a singles band and gradually, under the brilliance of Wilson and his friend Van Dyke Parks, had evolved to complexities never seen before in rock music. Lennon and McCartney were well aware of Wilson and his experiments with new instruments (the electro-theremin had produced some very innovative electronic choruses in Good Vibrations) as well as Wilson‘s symphonically arranged production. Lennon was also a huge Dylan fan, and Dylan had broken down the barriers of what could be played on the radio. The pop song was becoming something much more than a two minute boy-girl thing of verse, verse, chorus, etc. and had evolved to something more akin to composed movements, though still within a kid-symphony framework and time constraint.

Sergeant Pepper‘s concluded with “A Day In The Life”, and in a way The Beatles ended their career with this song as well. Their projects from that point on, Abbey Road and The White Album, were done as though they were session musicians working as hired guns on Paul‘s (brilliant) albums. Their prior works as a group will live as long as there is music across the universe.