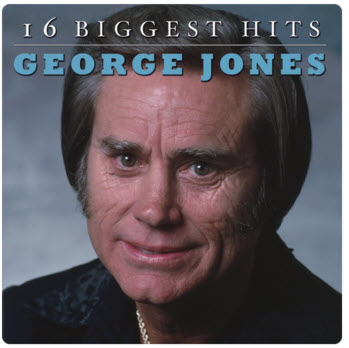 George (No-Show) Jones, the hard-living, hard-drinking, drug-using, multi-divorced country singer died yesterday in a Nashville hospital at the age of 81. Born with a broken arm into a working class family in Saratoga, Texas, he took up the guitar at the age of nine soon found himself a teenage radio start. He went on to become one of country music’s great singers, with a legacy just as powerful as that of Hank Williams. George lived longer, drank harder and eventually straightened out thanks to Nancy Sepulveda, his fourth wife, who took on the challenge of George’s complicated business affairs and a streak of bad behaviour that made many a rock star look, well, like the kids they were. Whatever else can be said about George Jones, and plenty can and should be, he was a hell-raiser outside the music world and a veritable genius within. Ask Dwight Yoakam, Randy Travis, Toby Keith and Tim McGraw, as well as one Garth Brooks: they learned their licks from George Jones, even if they never quite managed to sing as well, write as well, or carouse as often.

George had his first big hit in 1955 with the memorable “Why, Baby, Why”, a song that was recently and brilliantly covered by The Secret Sisters. That smash hit brought him co-billing with Elvis Presley on the Louisiana Hayride. Jones released his final album in 2008, the uneven Burning Your Playhouse Down, which featured duets with some heavy duty stars in and out of country music, from Ricky Skaggs to Shelby Lynne to Keith Richards and Marty Stuart. Over the course of those fifty-three years George Jones worked with Melba Montgomery and Tammy Wynette (whom he notoriously married and divorced in drama that goes way beyond believability) and a host of other great talents who simply loved working with George, his songs, and his marvellous baritone voice. Only Eddy Arnold ever scored more Top Ten hits than George Jones.

His most memorable works were “He Stopped Loving Her Today”, a tale of lost love that is as heart-breaking a number as has ever been written, and “She Thinks I Still Care”, a ballad so over the top with loneliness that it might well have come from that country poet of misery, Don Gibson. But George hardly confined himself to his best selling cry-in-your-beer ballads, which were produced mainly by Billy Sherrill. He could rock it out too, as proved by his innumerable country-honk hits. He hit it big in 1978 covering ChuckBerry’s “Maybelline” as a duet with Johnny Paycheck. More importantly, the confessional “Bartender’s Blues”, a duet he recorded with James Taylor (and written by Taylor) that year, resurrected him in the public eye after some years of bad behaviour, no-shows at concerts, and typical Jones rowdiness. He never quite gave up those extremes, though, crashing his car in 1999 while under the influence of alcohol, which subjected him to arrest and a spell in rehab. Throughout it all, he kept writing, singing, recording, and performing, both brilliantly and erratically it must be said.

His legacy may be summed up as the creator and performer of dozens of great songs, and dozens of collaborations with great artists. His two 1965 albums with Gene Pitney were the first ever studio sessions between a hard-core country singer and a pop star, and set the stage for pop and rock audiences to take country music seriously. And “Why, Baby, Why” is the prototype for every rockabilly song that was ever written: hard-driving, uptempo, and completely contagious.