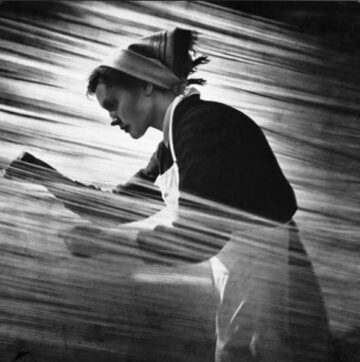 Jack White has released “If I Die Tomorrow,” the brand-new single from White’s second album of 2022, ENTERING HEAVEN ALIVE (out July 22 via Third Man Records). “If I Die Tomorrow” comes paired with a haunting new video directed by Brantley Gutierrez which premiered this morning on YouTube.

LISTEN TO “IF I DIE TOMORROW”

Jack White’s first new album of 2022, FEAR OF THE DAWN, is available everywhere now via Third Man Records. The album – which includes the acclaimed singles, “Taking Me Back,” “Hi-De-Ho (w/ Q-Tip),” “What’s The Trick?,” and the rollicking title track, “Fear Of The Dawn“ – has made a landmark chart debut following its April 8 release, with nine #1 chart debuts in its first week including Billboard’s “Top Album Sales,” “Top Current Album Sales,” “Top Alternative Albums,” “Top Rock Albums,” “Record Label Independent Current Albums,” “Digital Albums,” “Current Digital Albums,” “Internet Albums,” and “Vinyl Albums,” as well as at #4 on the overall Billboard 200. This marks the fourth consecutive debut atop the “Top Alternative Albums” and “Top Rock Albums” charts for a new Jack White solo release. Internationally, FEAR OF THE DAWN debuted at #3 in the UK, #6 in Germany, and in Japan at #4 on the Rock Chart and #7 on the International Chart. The album also debuted at #2 in the UK Official Vinyl Album Charts.