Rain, Wind and Speed contains some of Casal’s most enduring songs, including “All The Luck In The World,” “Virginia Dare” and “Best To Believe”.

The 11-song collection—originally released in 1996—will be presented on three color vinyl variants: Blue Rain, Peach Wind and Black Speed, along with new liner notes by Casal’s longtime champion and A&R publishing representative Jim Cardillo who details the period in the late singer/songwriter’s life when the album was created. The announcement arrives just a week before the three year anniversary of Casal’s passing on August 26, 2019. Pre-Order for Rain, Wind And Speed, in which all proceeds benefit the NCMF, is available here. 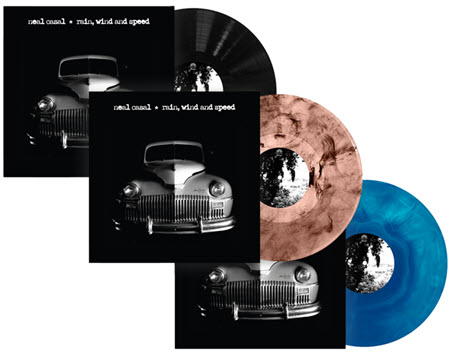 A sparse, plaintive and primarily acoustic album, Rain, Wind And Speed, was written and recorded in the months immediately following Casal being dropped from his recording contract with Zoo Records who’d released his debut effort, Fade Away Diamond Time. As Cardillo explains in the reissue’s essay: “At first Neal couldn’t comprehend what this all meant. No European Tour? No video? No single to radio? No tour support? All of the label’s promises withered and died like bitter fruit left on the vine. It was a disorienting sucker punch that left Neal numb and reeling. Five years of hard work, demos, showcases, phone calls, meetings, no-money gigs, all the results of that labor evaporated.”

With the support of his manager Gary Waldman, Casal quickly picked up the pieces. Rather than search for a new major label recording deal, they decided to focus on releasing new music independently. German upstart label Glitterhouse Records, local New Jersey indie Buy Or Die and Casal’s song publisher Warner/Chappell helped generate the funding and infrastructure to record and release a new album. After a handful of stops and starts, Casal made the conscious decision to not chase the exquisitely produced alt-country grandeur of his debut Fade Away Diamond Time, but to instead keep things simple. He’d record in a local New Jersey studio not far from where he was living, while the majority of the songs on the album were captured in one take with elemental, uncluttered song arrangements abetted only by John Ginty on piano and Hammond organ, Andy Goessling on mandolin and banjo, Fooch Fischetti on pedal steel guitar and Chuck Wood on percussion. The resulting collection, Rain, Wind and Speed, contained some of Casal’s most enduring songs, including “All The Luck In The World,” “Virginia Dare” and “Best To Believe.”

“There was a time in the not too distant past that I would’ve never made a record like this one,” said Casal at the time. “You remember, the kind of record where someone sits down, sings and plays a song all the way through leaves it just like it is, rough spots and all, without fixing a thing – it may not be perfect, but it’s got something.” 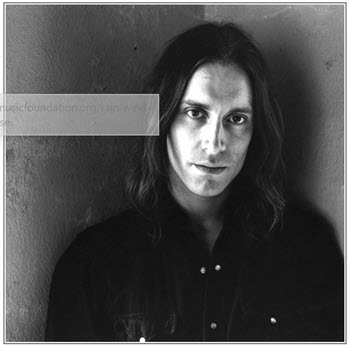