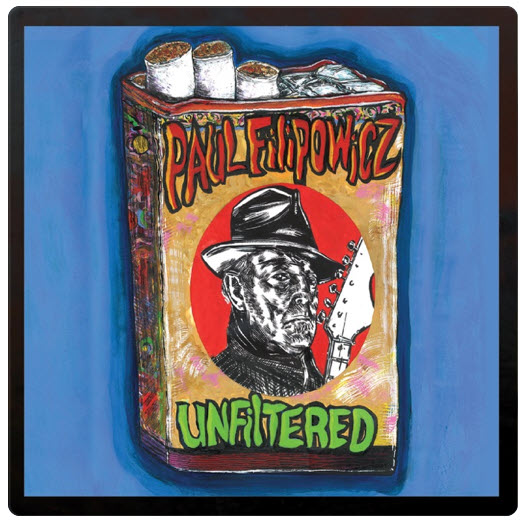 Unfiltered is the tenth solo release for Chicago Blues Hall of Fame member Paul Filipowicz, who has skills that are finely honed through years of stage and studio experience. Paul Filipowicz was born in Chicago at the perfect time to fall in love with the blues. Paul was born into a musical family. His father played trumpet and harmonica, his mother taught piano, and his two sisters played piano. The entire family sang in church. Filipowicz became drawn to learning guitar at about the age of seven, and was self-educated on the instrument utilizing a finger picking style of play in lieu of a plectrum (guitar pick).

On Unfiltered Filipowicz masterfully rides herd on all of the guitars and vocals for the group. The band boasts a boss rhythm consisting of Chris Sandoval on drums and “Tricky” Rick Smith on bass guitar. Benjamin “Benny” Rickun nicely furnishes all of the vital blues harp contributions. The tight horn section consists of Tom Sobel on tenor and baritone sax and, on scattered occasions, Jack Naus on trumpet. This talented lineup of musicians brings years of playing experience to the table.

Unfiltered is fairly evenly split between cover interpretations of some classic blues recording residing alongside new Paul Filipowicz compositions. Three of the cover interpretations are songs made famous by Magic Sam (Samuel Gene Maghett). The first of these, “All My Whole Life Baby,” kicks off the record in mighty fine fashion. Paul provides an impressive vocal performance, but very few can rival Magic Sam in that regard. Paul’s bluesy guitar play has due authority, comprising the weight of substance and command that is truly electrifying. His guitar play reminds me at times of the great Freddie King, just a tad loose but oh, so expressive.

The other two Magic Sam tributes come later in the CD. Paul and crew tear it up on “Everythings Gonna Be All Right” and “I Found A New Love.” I’ve always loved cover interpretations that are carried out with reverence and/or imagination. Paul is the real deal, not some watered-down blues wannabe. On both of these songs Paul’s vocals are inspired, and his guitar playing is something special. On the former, Rickun supplies some well-placed blues harp riffs. While on the latter, a song written and recorded first by Little Milton about eight years before Magic Sam got his hands on it, the rhythm section stands out.

“Magic Sam was my biggest influence. His soul, his grace, and his fire. But, his finger picked phrasing triggered me. I thought, I play this one lick, so I started covering most of his songs. That was over four decades ago.” ~ Paul Filipowicz

An original song by Paul that has that beloved Magic Sam flavor is called “Brand New Hat.” Magic Sam played in the guitar style favored in the Chicago West-side clubs along with his contemporaries Buddy Guy and Otis Rush. That style involved plenty of energy and fretboard fireworks. Paul supplies both here in abundance.

Two fabulous Filipowicz penned instrumentals are presented back-to-back. The first comes with the title track that rings the bell with a classic Chicago ensemble of bass, drums, harp, and horns all finely supporting the frolicking and shuffling lead guitar. The tune “Unfiltered” possesses a presence and an attitude that is addictively superb. It is a most worthy selection for being picked as the title track.

“My instrumental “Unfiltered” is an attempt to condense, in my mind’s eye, all the music drifting through the air during my formative years in Chicago.”  ~ Paul Filipowicz

The second instrumental comes with a song entitled “Canal Street.” The un-hurried rocking chair melody is enhanced by the blues harp lead by Rickun, a deep baritone sax lead by Tom Sobel and cavorting guitar by Paul. There is a deep musical empathy between the players on this gentle medium paced number that makes it one of the sets high points. In the CD liner notes Filipowicz muses about Canal Street, a real Chicago location, relaying it as an   attempt to capture the sounds from the ears of a ten year old out on the town way past his normal bedtime.

A very nice cover of the 1960 Chess Records Howlin’ Wolf/Willie Dixon song “Howling For My Darling”, features guest pianist Jimmy Voegeli radiating the 88’s and nice blues harp touches by Rickun. Filipowicz really gets into the growling Wolf persona as he snarls the lyrics “If you hear me howlin’, calling on my darlin’ –ooooh ooooh weee. She’s hot like red pepper, sweet like cherry wine.” My, my, my Paul sure understands how to grab a listener’s attention and emote the Blues.

“Early on I went and saw every blues band I could; and the blues bands I could see included the bands of Muddy Waters and Willie Dixon.” ~ Paul Filipowicz

Filipowicz’s original “My Woman” features a guest appearance by Tony Menzer on bass guitar. Menzer and drummer Sandoval have a field day on the tune. Paul’s guitar alternates between screaming in pain and crying for joy while Rickun adds nice growling touches on his harmonica.

“Lonnie Brooks also helped explaining about song writing and hooks. Luther Allison was like a big brother to me. What a great guy he was, besides one of the greatest guitar players ever.  He also told me about that inner voice. We would talk for hours. All of these people and experiences helped shape my sound.” ~ Paul Filipowicz

“Tin Pan Alley” is a song that was in Little Milton’s repertoire and released on the Stax Record label. Here it is given a sparkling scintillating treatment by Filipowicz. He captures the fierce and fiery tumbling guitar that you’d unearth in an after-hours joint on the first Friday of the month. ﻿Impressive guitar runs come fast and furious and his vocal is sublime.

Lowell Fulson’s “Reconsider Baby” is treated to a reasonably faithful version by Paul and band. Before heading west to California, Fulson was a Chicago west-side fixture. This song is possibly the most famous of Fulson’s recordings with notable cover versions by Joe Bonamassa, Freddie King, and Eric Clapton on his 1994 spectacular return to his blues roots “From The Cradle.” Paul’s treatment of “Reconsider” is closer to Fulson’s than Clapton’s speedier version and enhances Fulson’s legacy.

Filipowicz ends Unfiltered with an original song entitled “Riding High.” Like much of the rest of the album it could have been in the soundtrack for the movie “Blues Brothers.” It is fresh and new, but still manages to sound very familiar.

Paul Filipowicz and his bandmates fully deliver the goods on Unfiltered. It is a prime example of post-war Chicago style blues that will perk up your spirits on a cloudy day. If you have yet to discover this gentleman and his music, now is the ideal time to get on board. 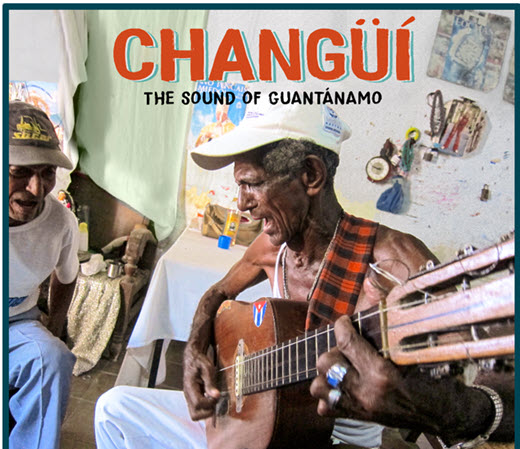