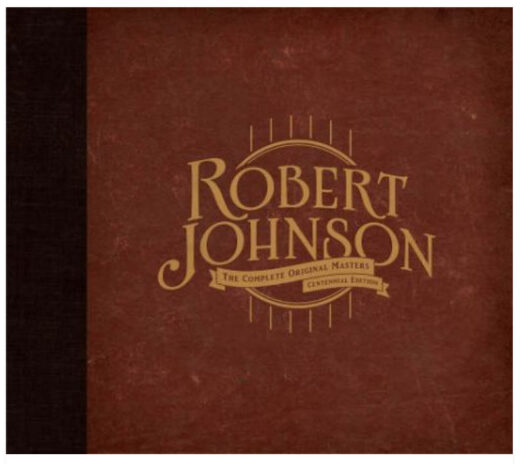 This year marks the 100th birthday of Mississippi Delta bluesman Robert Johnson, who, according to legend, sold his soul down at the crossroads of Highway 61 and Highway 49 in a midnight bargain that has haunted the music world for three-quarters of a century. The ‘deal’ brought forth Johnson’s incandescent guitar technique and a run of 10-inch 78 rpm singles for the Vocalion, Oriole, Conqueror and Perfect labels recorded in San Antonio in 1936 and Dallas in 1937.

Those songs have become a cornerstone of Columbia Records’ identity, and this collection celebrated on the occasion of the 100th anniversary of Robert Johnson’s birth. Columbia/Legacy pays homage to his spirit with ROBERT JOHNSON: THE COMPLETE ORIGINAL MASTERS – CENTENNIAL EDITION, a multi-faceted “box set” encompassing stand-alone vinyl, CD and DVD components.