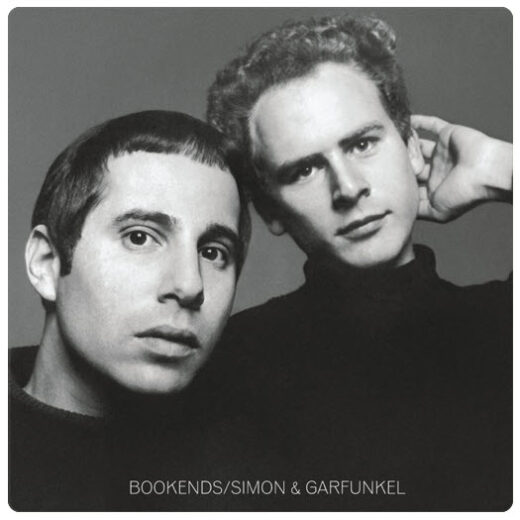 Art Garfunkel is on the record for telling an interviewer several contradictory stories – that he regrets the breakup with Paul Simon, but also that Paul dominated him. And – that he befriended Simon only because he felt sorry for him due to his slight stature. It wasn’t always the tale that Artie told about the beginning of their famous friendship/partnership.

Years ago Artie and Paul were interviewed together. Here’s how it went in that interview, with Artie first telling the story of how they met:

“We go back to the 6th grade when we were 11 and met doing Alice In Wonderland. It was 50 years ago when I met the white rabbit and I followed him down the hole for the next 50 years”.

“It is true,” Paul responds. “I did start my career as a rabbit.”

Thus began one of the most famous musical marriages in all of pop history: their songbook continues to be worshipped by millions of fans around the world. They combined the literacy of Bob Dylan with harmonies that matched The Everly Brothers. With Simon’s songwriting powers, his virtuoso guitar work and Artie’s own magnificent instrument of a voice, the duo produced classic after classic in ‘Sounds of Silence, ‘I Am A Rock’ and many others.

When Paul and Artie went their separate ways in 1970 it was some years before Paul found his footing again; some say that Artie never did. Their reunion tours of recent years sold out dozens of times around the world. Their 2011 release of the 40th Anniversary of their most famous album, Bridge Over Troubled Water, brought forth renewed appreciation of their career as a duo and a reappraisal of their last full album as a team. In retrospect, that album tells the truth of what happened between them, and it’s a considerably different tale than what Artie is currently marketing.

‘”When Paul and I were first friends, starting in the sixth grade and seventh grade, we would sing a little together and we would make up radio shows and become disc jockeys on our home wire recorder. And then came rock and roll.” ~ Art Garfunkel

By the time they recorded ‘Bridge’ in 1970, they were one of the biggest folk/pop acts ever. Their previous album Bookends is widely acknowledged to be their masterpiece, but Bridge comes a close second and in several of the songs matches their best work. Paul Simon was undoubtedly feeling the pressure to perform, since Art was spending much of his time that year trying to kick-start a movie career. He landed a major supporting role in the movie Carnal Knowledge that also starred Jack Nicholson, Ann Margret, Candice Bergen and Carole Kane.

Not only did Simon respond to the challenge, he wrote what must be seen as the precursor to Dylan’s Blood On The Tracks – an album essentially dedicated to the breakup of the most important relationship of his life up until that time. He also set the standard for the disguised confessional, and I for one believe that it was the model Dylan adapted for his own use. The student truly taught the teacher in this instance, for Simon was acutely aware of living in Dylan’s shadow all through the mid and late 1960s.

The songs on that album are filled with heartbreak, desire and sadness, not of the romantic kind or the sexual kind, but of the loss of Artie’s friendship and the dissolution of the magic they had experienced for more than a dozen years of making music together. For men, the loss of one’s best friend can be even more tragic than the loss of a lover. Paul Simon emerged from this tragedy to forge one of the most important solo careers of any musical artist. Out of ashes came brilliance. And Bridge is a record of ashes and pain. Paul Simon is also one of the few artists who ever emerged from a group only to do even greater work. In fact, I can’t easily name another in that situation who went on to bring forth an album of the significance of his solo masterpiece Graceland.

The majestic, much-covered title track of Bridge begins with gospel piano before Garfunkel starts singing softly. The lyrics soothe and the song gives off a decidedly spiritual air; it eventually builds and builds, boosted by Garfunkel’s powerful, awe-inspiring vocal that is among the greatest in pop history (not that Simon appreciated it, feeling jealous of the adulation Garfunkel received for the song in concert and voicing on more than one occasion that he should’ve kept it for himself).

The last-to-closing track “Bye Bye Love” has often been called a throwaway by music critics, though it was anything but. Paul and Artie began their musical history with The Everly Brothers, and the lyrical content of this song belies the upbeat nature of the music. To quote:

The boys were singing a farewell to their own happiness, not indulging themselves with a throwaway track at the end of a great record.

If you needed any further proof of Paul’s intentions take a listen to two other tunes closely, the first of which is “So Long Frank Lloyd Wright”, which is not about the famed architect at all, but is about Artie, who had once studied architecture. Again, the lyrics to this song are a convincing demonstration of the song’s purpose.

So long, Frank Lloyd Wright.
I can’t believe your song is gone so soon.
I barely learned the tune
So soon
So soon.

I’ll remember Frank Lloyd Wright.
All of the nights we’d harmonize till dawn.
I never laughed so long
So long
So long.

Secondly, Paul in later years admitted that another tune on the album “The Only Living Boy In New York” was written while Artie was away making his big movie. Paul sat in New York “with nothing to do” save write songs.

They spent hundreds of hours in the studio perfecting “Bridge Over Troubled Water”. It won several Grammy awards and sold over 10 million copies. Then with their friendship and partnership in tatters, each of them had to go on and make a new life. That they eventually reconciled and were able to work together again is testimony to how early encounters, accidental or otherwise, form bonds which cannot be broken. Until now, that is, considering Artie’s unfortunate inflammatory remarks that rekindled the famous feud once more.

All of the nights we’d harmonize till dawn.
I never laughed so long