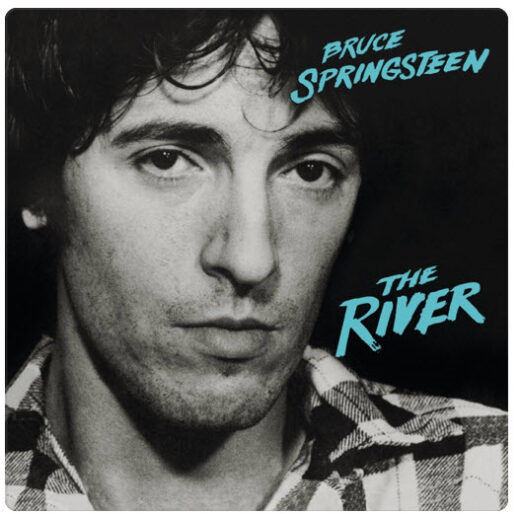 “I’m driving a stolen car through a pitch-black night/ I keep telling myself everything’s going to be alright/ But I ride by night and I travel in fear/ No matter what I do or where I drive/ Nobody ever sees me when I ride by.”

Much has been made of the car imagery in Bruce Springsteen’s lyrics. People cling to the image of the car as power, as phallus, as American dream. In his songs, Springsteen clings to the idea of the car to help drive away despair. People hold on to this imagery, love it. But what people like to forget about is that in his car songs, Springsteen usually fails in driving despair away, which is what makes his car songs so immensely powerful. Here’s a look at a few of his most devastating.

On 1978’s Darkness on the Edge of Town, the one epic masterwork is a car tune, and it just might be Springsteen’s finest: “Racing in the Street”. It’s the best song ever to reference Fuelie heads and 7-11s; the tune is as stark as they come. While the protagonist appears to be someone who’s laughing at the guys who have no zest for life, that’s only early in the song:

“Tonight, tonight, the strip’s just right/ I’m going to blow ‘em off on my first heat/ Summer’s here and the time is right/ For racing in the street”

He laments how “some guys, they just give up living and start dying little by little, piece by piece,” but “some guys come home from work and wash up and go racing in the street.” It sounds like the lyrics to a righteous rocker; why is the song itself so morose and steeped in a lost nostalgia?

Later in the tune, we find out how the protagonist met his girl after beating her man in a street race; he was from LA but he was no match for our man. But the troubles begin when the girl enters his life: the song’s narrator now comes home to a dark house, where his wife worries for him.

“She sits on the porch of her daddy’s house/but all her pretty dreams are torn/she stares off into the night/with the eyes of one who hates for just being born.”

It’s just two more people searching for answers, and not finding them, in Springsteen’s music. It’s one big lost highway: by the time the protagonist voices his last “summer’s here and the time is right/for racing in the street,” not a single person believes him. He’s talked about the “shut-down strangers and hot rod angels rumbling through this promised land” and washing sins of his hands, but the song doesn’t answer any questions, it only offers more.

1980’s The River was a double album filled up with way too many rote rockers (many of them about cars, the emptiness of them a story in themselves). But the gems on the album hit hard, and a few very important car songs are on this album.

“Stolen Car” is a haunting song, especially the alternate version (which can be found on Tracks). The narrator feels like a ghost, and out of desperation he drives a stolen car around town, hoping to get caught. He stares right at people as he drives past them but no one even sees him. There’s a tale of a failed relationship in there too, which drives the narrator to do the things he does. One of Springsteen’s finest car songs.

“Drive all Night” is one of Bruce’s most underrated songs. As far as 8.5-minute gut-wrenchers go, it’s surprising how little it gets discussed. “Tonight, there’s fallen angels,” says the song’s narrator. “And they’re waiting for us down on the street.” But the narrator is dismissive of everyone in the song except for him and his girl: “Let them go to their dances of the dead,” he spits out before promising this to his lady:

“I swear I’d drive all night again, just to buy you some shoes.”

It may look like one of the most vapid lines ever written when looked at on a computer screen or on paper, yes. But to hear the intensity with which its sung is something else entirely. The characters in Springsteen’s songs do desperate things like drive all night but there’s no payoff; they see fallen angels but never real ones; they, like so many of his listeners, struggle and struggle and struggle, and drive and drive and drive until something really, really bad happens, which it does during the last song on The River.

“Wreck on the Highway” has a decidedly more pointed ending than “Racing in the Street.” The song starts ominously and ends horribly. At the beginning, the narrator says:

“Last night I was out driving/ Coming home at the end of a working day/ I was riding alone through the drizzling rain/ On a deserted stretch of a county two-lane/ When I came upon a wreck on the highway.”

After talking about the blood and glass and the lone man who cried to him for help, the narrator goes on to describe how he can’t escape the imagery. By the end of this song, this admission:

“Sometimes I sit up in the darkness/ And I watch my baby as she sleeps/ Then I climb in bed and I hold her tight/ I just lay there awake in the middle of the night/ Thinking ‘bout the wreck on the highway.”

And that’s it. Album over. It ain’t pretty, but that’s how it goes.

But not all of Springsteen’s car songs are tragedies. There are fun ones too, but they don’t stick, they don’t resonate, they come and go, as empty as a meaningless fling. “Pink Cadillac” is notable strictly for being so insanely catchy and timeless (and never even appearing on an album) but that’s about it. Bruce’s best car songs begin in sorrow and end in tragedy.

We’ve put together a short playlist of the six essential Bruce Springsteen car songs. You can sample it above via Spotify streaming. Here are the tracks:

“Stolen Car” (off Tracks/The River) – The sadness in this song is almost unbearable. (The Tracks version hits harder than The River version, but both are great.)

“Racing in the Street” (off Darkness on the Edge of Town) – It’s getting embarrassing admitting how many Springsteen songs I’ve shed tears to, but this is one of them. This song about how some guys come home from work, wash up, and go endlessly racing their cars against strangers from other towns in search of some lost hope. The protagonist sings about how he’s not one of those guys who’s given up living, but, really, it’s hard to tell.

“Pink Cadillac” (off Tracks) – Some Springsteen car songs can be fun. They’re usually not as good, but this throwaway rocker is.

“Wreck on the Highway” (off The River) – The most upsetting way to end an album: tragedy set over a relatively innocent little tune. Shards of glass, blood, trauma. The drive is done.