The Beat Daddys ‘hoodoo that we doo’

The Beat Daddys conjure up a potently heady blues music incantation with their new release entitled hoodoo that we doo on Melrose Hill Records. The nucleus of the group is long-time friends and Beat Daddys co-founders Larry Grisham and Tommy Stillwell. hoodoo is their first studio release in too, too long. Both gentlemen have paid lengthy dues. Together and apart, they have met and played with celebrated blues artists amidst their musical careers. They are also truly crafty songwriters with the firm confirmation of that fact being exposed to fine advantage throughout hoodoo that we doo.

hoodoo that we doo features eleven catchy blues undertakings that cover a specific spectrum of the Blues that is uniquely their own. Six of these exquisite songs were co-written by Grisham and Stillwell. Two are solo compositions by Tommy Stillwell and one is credited solely to Larry Grisham. There is also one written by the pair along with Mississippi soul music songwriter A.D. Prestage. The remaining song is attributed to Max Russell.

Hoodoo’s opening cut is “These Chains,” a song written by Maxwell Russell of Muscle Shoals (the home of legend W.C. Handy). It’s a boggy song with heavy gospel overtones and lyrics that metaphorically could be from a southern chain-gang chant or a southern riverside baptism ceremony. Possibly the “chains” in question are the chains of love.

The next two songs are Larry and Tommy co-writes. “Sorry” is a slow blues tune with few frills, but plenty of heart. A chunky/funky rhythm is shown, with Larry and Tommy displaying their considerable talents on vocals and guitar respectively. Larry also plays a harmonica that alternates between a train whistle blow and a lonesome yowl. His vocal is worldly wise as he convincingly informs his woman “You’re gonna be sorry.” Tommy’s electric guitar play includes a bit of slide in addition to some guitar “crying” effects. “You Made Me Cry” follows and churns with determination. Grisham possesses a fine gritty vocal tone here with a Bob Seger-like growl. An organ melody and rhythm section accents slowly percolate leading up to a searing Tommy Stillwell guitar lead. The song has stops and starts, effective to build and release tension, and abruptly ends with cymbal splashing.

Perhaps the finest song on hoodoo is the Tommy Stillwell penned “The Moment.” The song features some spellbinding Stillwell guitar reminiscent of the late/great Gary Moore in its exceedingly expressive intensity. It could also be compared to Stevie Ray Vaughn with its shimmering passion. Grisham affixes a very nice and soulfully gentle blues vocal that satisfies to the bone marrow. Hammond B-3 organ and piano by Patrick Preston successfully add much to the melody’s mood. The song’s communicative lyrics describe the moment when the author realizes that his love affair is actually over and he can move onward with his life. Memorable lyrics sprinkled with germane references like “The sweet smell of honeysuckle, birds singing in the trees” are a tiny example of how the song pulls you effectively into the moment with tip-top imagery.

“The Moment,” like many of hoodoo’s songs clocks in at between the three and four minute mark. This wise tactic leaves the listener clamoring for more and results in a tight and most enjoyable listen.

The Larry Grisham composition “Pie or Cake” has an infectious groove that rocks like a rocking chair piloted by an energetic child. Fine and sweet mouth-harp trills by Grisham team with his bluesy forceful singing for an extra-fine effort. His singing of the lyric “you rock me baby” is powerfully potent. “Pie or Cake” boasts a strutting mid-tempo with a heavy back beat and includes a touch of honky-tonk piano.

“Hoodoo” has been a part of the Blues vocabulary for a long time. Bo Diddly’s (expertly covered by Quicksilver Messenger Service) “Who Do You Love,” Willie Dixon’s “Hootchie Cootchie Man,” Ma Rainey’s “Hoodoo Man Blues,” and CCR’s “Born On The Bayou” immediately come to mind. The Beat Daddys’ “Hoodoo Woman” follows in those great footsteps and features a Peter Green’s Fleetwood Mac era rattlesnake guitar flavoring. The echoed vocal effect adds presence as the descriptive lyrics draw you into the web of a hoodoo queen’s parlor. Grisham spent time living on the Gulf Coast so his inspirational mojo could well be from a personal incident. No-matter, this song is just totally enchanting.

“D.U.I. Love” starts with a spoken intro over the tune’s rhythm that roughly translates to: “Our good friend A.D. Prestage wrote this song; Tommy and I have been wantin’ to do it for a long time.” Stillwell evokes guitar tones similar to Freddie King or others masters, and the lyrics paint quite the story of love and the blues.

Another track vying for best of the bunch is “Been Thinkin’.” Brooding organ and quality Albert Collins style stimulating guitar accompany some of Grisham’s finest vocals. The lyrics paint a precise picture of a man suspicious of his lady’s fidelity. Grisham sports a smooth vocal tone until evoking a growl on “don’t you want me anymore?” Background vocals echoing the thinking on “I’ve been thinking” is sublime and counterbalances Larry’s lead vocal beautifully.

“Luck’s Got To Change” has a nod to southern-rock legends the Allman Brothers and is a blues/rock lover’s delight. It is an unhurried bluesy ballad with a chorus including “my first, last, and middle name” to describe the bad luck suffered by the deep-in-lament character of the song. Another killer guitar lead by Stillwell caresses your ears and matches the handsomely masterful vocal.

The penultimate track on the release is dedicated to B.B. King and features the most joyful vibe of any of hoodoo’s tracks. The liner notes read: “We would also like to respectfully dedicate track 10, “The Blues Can Heal You” to the memory of the late great Riley B. King and to the spirit with which he performed. As long as there is the Blues, B.B. King and all the great Bluesmen that have gone before him will live on.” The song is two and a half minutes of pure unadulterated elation with inspired lyrics and mouth-harp.

The final song is titled “I Need A Woman” and features a vocal with the weight and authority of a genuine Bluesman. The song beings with the sound of a record stylus dropping onto a pre-World War II 78rpm blues recording on a famed label like Okeh. Scratchy crackles and pops and a sound of music being emitted from the bottom of a rain barrel ensue for forty odd seconds until the sound is replaced by a modern technology sound recording. The shock of the start of the song is soon forgotten when The Beat Daddys hit their groove once again.

On hoodoo that we doo The Beat Daddys rely on sturdily crafted songs united with veteran expert musicianship to create a tasteful blues expression. Drummer and percussionist David Parks continually stays in the firm pocket and is on the same page as Grisham and Stillwell throughout hoodoo. Upon repeated listenings, both Grisham’s heartfelt vocals and Stillwell’s guitar stylings prove to be the soul satisfying real deal. hoodoo that we doo comes to light as music that is guaranteed to saturate deeply into your consciousness. I also fully anticipate the recording will find its place in my Top 10 Blues recordings of 2015. 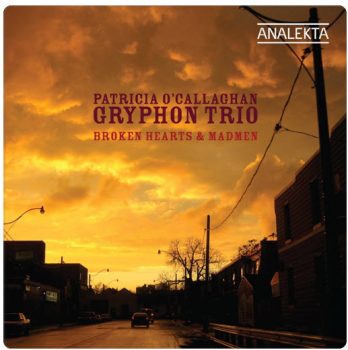