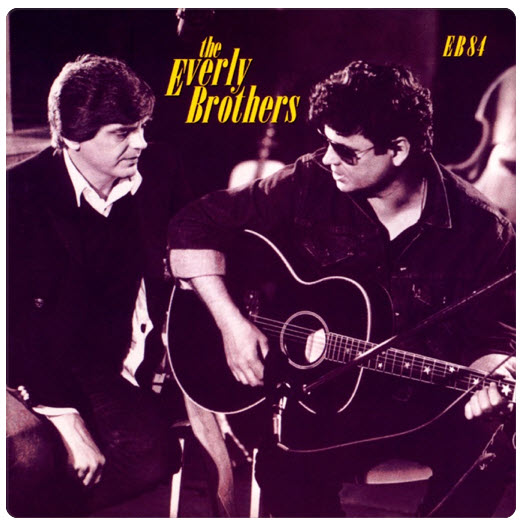 Beyond their incomparable singing, The Everly Brothers produced a musical legacy richer than you might suspect. Here are 10 reasons why they’re underrated.

Phil Everly‘s death hit me particularly hard, not because he was the younger of the two brothers and might have been expected to live beyond his 74th year (and 74 is no longer old by any stretch), but because he was the more underrated. People always spoke of Don and Phil, never Phil and Don, as though the older brother, the lead singer, was the one who galvanized the duo into becoming what they did: the greatest pop singers of the 20th century, bar none. But I always looked to Phil, since it was he who provided those high sweet harmonies that could tear your heart apart. And then I got to thinking about other reasons why the Everlys need a reappraisal, not just for their marvellous singing, which everyone knows and loves, but for their powerful musical legacy beyond their vocal prowess.

Here are 10 more reasons to love, admire and cherish The Everly Brothers:

1. They united country, rock and roots music. Well, that’s not quite true. Actually, with their 1958 album Songs Our Daddy Taught Us, they created roots music – a blend of folk, traditional, country and more. These were kids with Top 10 pop hits – what were they doing recording an acoustic album of old hillbilly stuff? Something great, something you’d never expect in a thousand years, unless you knew they were the sons of Ike Everly.

2. They introduced us to Matilda Genevieve Scaduto (she left that name behind) and Diadorius Boudleaux Bryant. Together, as Felice and Boudleaux Bryant they wrote (to list just a few) “Bye Bye Love”, “Wake Up Little Susie”, “Bird Dog”, “Devoted To You”, “Sleepless Nights”, and a little number called “All I Have To Do Is Dream”. Felice said that Phil Everly had a voice as memorable as the sound of a Stradivarius violin.

3. They gave Roy Orbison his big break when they recorded “Claudette”, a song Roy wrote for his first wife. At the time Orbison was dead broke and had been advised by Nashville brass he’d never make it in music.

4. They gave Warren Zevon his big break when they hired him as their tour conductor, arranger and pianist. Warren repaid the favour when he asked them to sing backup on his first album.

5. They introduced the tremolo to rock music when they got Chet Atkins to play that opening chord on “All I Have To Do Is Dream”. That chord is just about as famous as the one The Beatles debuted on “Hard Day’s Night”, but it’s more significant. Every damned guitar player in the world rushed out to incorporate the tremolo into their solos.

6. They had looks, hair and clothes that revolutionized pop. Big hair, Ivy league suits, skinny ties – where do you think the Fab Four got their look? When the Everlys first went to Japan in the late ’50s they stopped traffic with that hair of theirs – cut and styled, btw, by their parents Ike and Margaret, who besides being great country singers were home barbers.

7. They made the greatest unknown album of the ’60s – their 1968 masterpiece Roots is an album that belongs in every library.

8. They wrote their own songs too, and killer stuff it was: “When Will I Be Loved”, “Maybe Tomorrow”, “So Sad”, “Cathy’s Clown”, “Price of Love” and the real heartbreaker of them all – “I Wonder If I Care As Much”.

9. They weren’t afraid to sing the dark stuff at a time when most pop music was saccharine sweet, meant for 12 year olds. “I’m Here To Get My Baby Out of Jail” , and “Ebony Eyes”, and “Kentucky” spoke of deep emotions and circumstances far beyond teen romance.

10. Their London reunion concert in 1983 is one of the greatest concerts ever. The Everlys were brothers who stuck together for the longest time, on the road, in the studio, on the stage until all that togetherness and the music business itself drove them apart. But years later they gave it another go, and a quarter century after their initial hits, they still had the voices that could make grown men cry over the sheer beauty of what they brought to a song.