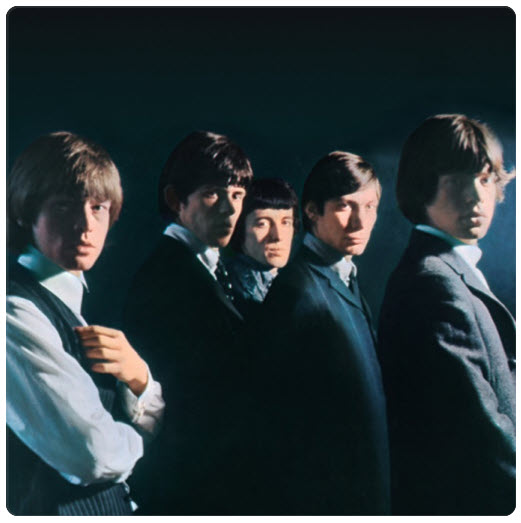 How and why have these guys lasted so long, and why did their rivals, The Beatles, break up so quickly?

The Rolling Stones have been together, off and on, for more than 50 years, while The Beatles famously broke up in 1970, a scant seven years after they first made it big on the music scene. With this week’s news of the first new Rolling Stones album since 2005 we thought it was time to revisit that old controversy: Beatles or the Stones? – and why. Here are the top 10 reasons for the longevity of The Rolling Stones, despite the undeniably great songwriting team on the other side of the fence – that of Lennon-McCartney. Oh, and btw, we’re leaving Yoko Ono completely out of this discussion.

1. The Rolling Stones began as a blues band; their heroes were Chuck Berry and Howlin’ Wolf. The Beatles began as a pop band, having named themselves after The Crickets, Buddy Holly’s backing band. Blues can be played for a lifetime, but the popularity of any pop artist is measured in months. Even the greatest of pop stars (Elvis, Roy Orbison, Gene Pitney, Del Shannon, etc.) found themselves constrained by the necessity to produce hit singles.

2. The Rolling Stones were better musicians, individually and certainly as a band, both in the studio and in live performance. The strongest musicians in the Beatles were Paul McCartney and George Harrison. Songwriting? – well, Beatles have a slight edge, but who can stand to listen to their early work anymore, or for that matter, the overplayed and overrated Sergeant Pepper’s Lonely Hearts Club Band. Subsequent albums are Macca albums, not Beatles. The two great Beatles albums still worth their salt are Revolver and Rubber Soul. Still, the highly underrated 12 x 5 album by The Stones is far more musically satisfying than either of these.

3. Rock is about rebellion, and The Stones were always the rebels. The Beatles were just too damned cute for their own good. Think of them as babies, puppies or ponies – they all lose their charm in the end. McCartney looks more like a badly-aged girl than an elder statesman of rock. Mick and Keith? – they have no right to be as lively on stage at their advanced ages as they are, but that only makes their shows a hell of a lot more appealing than those of Macca or the tuneful  but lesser Ringo.

4. The cool girls always liked The Stones better. If you think this doesn’t keep a band together, then you’ve never been in one.

5. The Rolling Stones had their own Svengali in the guise of Andrew Loog Oldham, but the Beatles were arguably destined for minor league success only without the input of their producer and arranger George Martin. In other words, Jagger-Richards had their own creative direction and never ran short of ideas. The Beatles’ ideas were hardly their own.

6. Both bands suffered when their members created solo projects, but McCartney’s Band on the Run and George Harrison’s surprisingly rewarding album All Things Must Pass, along with the sporadic but moving successes of John Lennon effectively ensured they would never get back together. Regarding the Stones’ solo works, the less said the better, which was actually good news for music fans. They had to stay together as The Stones.

7. Mick Jagger loved and attracted the limelight. The Beatles did not. And as the Greek philosopher and mathematician Archimedes noted: “life is motion”. Jagger has never stopped moving. He is 75 plus and still struts and runs around onstage as though he were 25. None of the Beatles could dance worth a lick. In fact, they were more goofy than sexy.

8. The Beatles were poor businessmen and squandered their chances to build an empire. Apple was perhaps the worst-run musical organization in history. They signed James Taylor and didn’t keep him. They had Badfinger and never marketed them properly. As for the marketing genius of Mick et al, everybody in the world over the age of 12 understood that the image of his tongue stood for carnal desire, rampant lust and a deep groove. That too-long sardonic tongue is one of the most recognizable logos in the world to this day, finding its way onto dozens of products, only some of which are records. And as Pete Townshend of The Who famously (and somewhat bitterly) said: “The Rolling Stones are not a band. They are a T-shirt company.” And a bloody rich one. Score one more big one for Jagger-Richards.

9. The Beatles created only one iconic riff (no need to point out which one). Keith Richards, on the other hand, came up with the lead guitar part on “Satisfaction” – there isn’t a guitar player anywhere who hasn’t learned that lick. Then there are these musical standouts: the best disco groove of all on the Some Girls album with “Miss You”, the great “Under My Thumb”, and their opening salvo on their first album – a truly blistering “Not Fade Away” – outdoing anything The Beatles ever did when they tried to emulate Buddy Holly. Consider also the staying power of “Sympathy for the Devil”, and “Street Fighting Man” – great riffs, great melodies, with visceral excitement jumping out of your speakers at every listen, no matter whether via a cheap car radio or a ten thousand dollar system.

10. Last, but far from least, The Stones solved their internal squabbles. The Beatles (the surviving two) are still at it, still glowering internally over what John Lennon did or failed to do. Mick and Keith always found a way to put their considerable egos to work on behalf of the Stones.