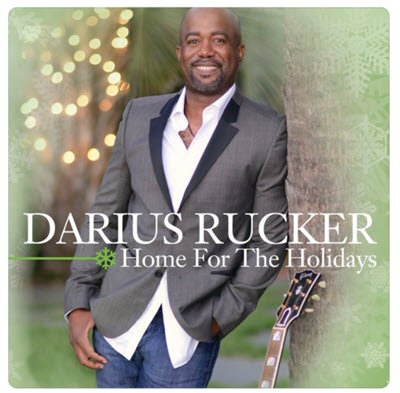 The Mavericks “Hey!- Merry Christmas” ~ This Christmas song was the title track on their 2018 release. It has an infectious old school rock feel with guitars, brass, piano, hand claps and super vocal. You’ll be partying til the cows come home on this honky tonk honey of a festive tune.

Rosanne Cash “May Ev’ry Day Be Christmas” – Rosanne dusts off an old, forgotten masterpiece from the great Louis Jordan, and brings a jazzy, Americana-flavored focus. Pristine and unforgettable are the trademarks of every one of her recordings. This was her contribution to the Holidays Rule Vol. 2. collection from 2017.

John Prine “I saw Mommy Kissing Santa Claus”. ~ This late, great artist is one of our favorite songwriters. Here, he brings this old holiday chestnut to life with his familiar flair and charisma. Old time piano and steel guitar aid in creating this down home atmosphere.

Rodney Crowell “When The Fat Guy Tries The Chimney On For Size” ~ An original from this master songwriter on his “Christmas Everywhere”, this release from 2018 is little known, but we love it. Rodney’s vocal is chillingly touching and the instrumentation, complete with brass, nicely complements his lyrics.

Shelby Lynne “Rudolph The Red Nose Reindeer” ~ Shelby Lynne has always been an artist whose singing defied genre classification. Country guitars on Rudolph give it that new alt-country feel. I believe it’s the work of Michael Ward (Wallflowers). Her sultry singing gives the tune a nice twist from the great, but over-played, Gene Autry take of this Johnny Marks song.

Dwight Yoakam “Run Rudolph Run” ~ There was a time when Dwight was considered too rock for country and too country for rock. Turned out to be a formula for success at all fronts. This number exudes Dwight’s rockabilly Bakersfield authenticity, as well as some of the meanest Christmas guitar work you’ll ever hear.

Charlie Daniels “Frosty The Snowman” ~ The Christmas Classics (2019) album yielded a lot of good music to lift the Christmas Spirits. The tune is a Vivascene favorite; this old classic comes to life. The late, great Daniels sure hit this one out of the ballpark.

Keith Harling “Santa’s Got a Semi” ~ Santa is rock ‘n’ rollin’ down the highway on this one. He’s got a wreath on the grill, a star on the hood, a speaker on the top playing jingle bells and more. That’s a big 10-4 good buddy.

Emmylou Harris “Christmas Time’s a-Comin” ~ A touch of bluegrass banjo, a dollop of square-dancey tempo, some great harmony singing, and the ethereal voice of Emmylou: is there anything better? This spirited number was found on her 1979 holiday record entitled Light of the Stable.

Gwen Stefani and Blake Shelton “You Make It Feel Like Christmas” ~ over-produced, perhaps, but infectious as all get out, and the big band approach backed by some splendid drumming make this duo sound like their meeting on “The Voice” was meant to be. The pair got engaged a couple of months ago after 5 years of dating.

Eagles “Please Come Home for Christmas” ~ Released in 1978 as a 45 rpm single, and backed by the bass-driven “Funky New Year”, the Eagles were at the top of their fame and at the peak of their considerable talents. It somehow got to be cool not to like this group… how did it happen that so many could be so wrong about something so right?

Darius Rucker and Sheryl Crow “Baby, It’s Cold Outside” ~ piano based, maybe more jazzy than country, more straight-ahead pop than country, and Sheryl has already appeared in our Blues Christmas list, but any chance we get to talk about her outsized talent, we’ll take it. Her duet with Darius Rucker is sonic pleasure from beginning to end.

Raul Malo “Blue Christmas” ~ The lead singer of the Mavericks has spoken of his love of Christmas music and how hard it is to write a great Christmas song. He recorded this one back in 2007 for his album Marshmallow World & Other Holiday Favorites. What a voice, what a talent!

Jennifer Nettles and India Menzel “Little Drummer Boy” ~ this duo delivers the kind of stirring performance that could drive any degenerate to reform and attend every Christmas service in town. Simply put, this is the most dynamic holiday recording you ever hear. Athiests, don’t come near this rendition. Trust us.

Vince Gill “Oh Holy Night” ~ This song was included on Vince Gill’s 1998 Breath of Heaven holiday album. Vince’s vocal performance is Heavenly as he is accompanied by a young choir and an Orchestra with scrumptious strings. The song is a classic, and this version is stirring, to say the least.