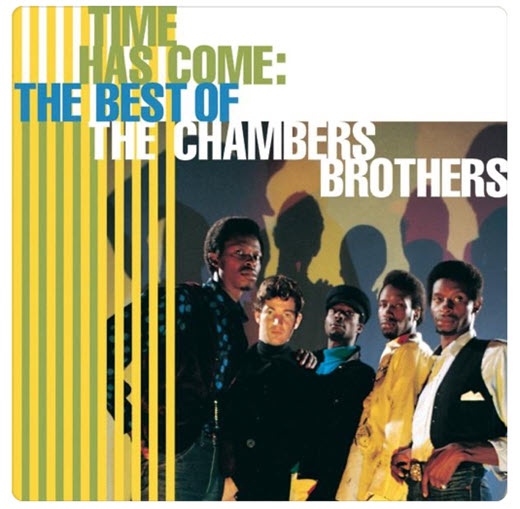 The Hollywood Argyles “Alley Oop” ~ A novelty song written in 1960 about a caveman character in the comic (funny) pages. Songwriter Dallas Frazier wrote it while working in a cotton gin, threw it together, and played it for singer/producer Gary Paxson who liked it. During the session they tried off the wall effects, such as a guy yelling into a metal garbage can… “Look at that caveman go.” The doo-wop “Oop Oop” part is addictive, while the spoken vocal has a cool hipster quality.

Paul and Paula “Hey Paula” ~ The love song became a #1 hit for the Texas singing duo Paul (Ray Hildebrand) and Paula (Jill Jackson) in 1962 for three weeks. The college students then toured the USA by bus as part of Dick Clark’s Cavalcade of Stars for a little over a year. Ray became homesick and returned to school to continue his education.

Sopwith Camel “Hello, Hello” ~ Sopwith Camel scored their only hit in February of 1967 with a novelty song “Hello, Hello.” Based in San Francisco during the psychedelic days they shared a house with Big Brother and the Holding Company in Haight-Ashbury, and played regularly at the Matrix. Their hit was the first to come from the late ’60s SF bands. Sadly, infighting and immaturity caused their quick demise.

Merilee Rush “Angel of the Morning” ~ Seattle’s Merilee Rush got the gig opening for Paul Revere and the Raiders. Chip Taylor, who wrote “Wild Thing” had a rough demo of “Angel” with him singing and playing guitar. The performance was awful, but the song’s quality was apparent. Two previous releases of the song didn’t fare well in 1967. Rush recorded in Nashville at American Sound Studio. The song’s lyrical message about empowerment was a bit controversial for 1968. It went to #7 on Billboard Hot 100 and won a Grammy nomination for Best Contemporary Pop Vocal Performance, Female.

The Music Explosion “A Little Bit of Soul” ~ A true one hit wonder, “A Little Bit Of Soul” was a great song that stood out as a fun slice of danceable delight in 1968. It was a song written and recorded by Brits in ’64 and ’65. Then a USA garage band laid claim to it, and made a recording that shot to the top of the Record World chart, as well as #2 in The Billboard Top 100. Two minutes and eighteen seconds of pop/garage band excellence.

The Chambers Brothers “Time Has Come Today” ~ The single became a hit in the summer of 1968 blending soul, rock and psychedelic musical effects of echo chamber, fuzz tone, and cowbells utilized for a tick/tock clock sound. The band consisted of four biological brothers plus a white drummer. The harmony of four brothers trained in the church choir is undeniable. They built a following by enthusiastic live performances, and were among the first inter-racial groups. Turn it up and allow your mind to become psychedelicized.

Michael Nesmith “Joanne” ~ Joanne was the only charting hit for Michael Nesmith after leaving the Monkees in 1970; but he was successful in songwriting, production, and music videos. Along with his group, The First National Band,  Nesmith is credited as pioneering a shift towards country-rock with his use of steel guitar. He reunited with the Monkees in 1996 to record Justus, and toured briefly with them after the death of Davy Jones. Nesmith published his memoirs in 2017.

The Ides of March “Vehicle” ~ “Vehicle” from songwriter/vocalist Jim Peterik was a #2 hit in 1970. Fine strutting brass, a cocksure vocal, and a chugging rhythm section combine for a really hooking big hit. Tell me: didn’t you sing along when this was blasting from your car radio? “You know I love ya, I need ya, I want ya, got to have you child.”

Delaney and Bonnie “Only You Know and I Know” ~ Delaney & Bonnie Bramlett assembled some great musicians for their recordings.  They enjoyed seven songs that cracked the Hot 100, but only one that reached Top 40. Dave Mason had a modest hit himself with the song, but Delaney & Bonnie took it further, to #20 in 1971. It is alleged, by some, that Delaney Bramlett instructed George Harrison on how to play slide guitar.

Chase “Get It On” ~ It’s hard to include the trumpet-heavy heavyweight band Chase in the one hit wonder category. Yet, only “Get It On” from the debut cleared Top #80 status, reaching #24 in July 1971. Chase was a full blown live experience, with four trumpets coupled with a rock rhythm section and vocalist. That first Chase was one of the few quadrophonic LPs I had the pleasure of hearing. Turn it up!

Amazing Rhythm Aces “Third Rate Romance” ~ Russell Smith wrote the song as a member of Jesse Winchester’s backing group The Rhythm Aces and they released it in 1974. Released in 1975 by the reformulated Amazing Rhythm Aces, the song became a crossover hit from the country charts to make the Billboard Top Twenty. The group had many memorable albums, but no other Top 20 hits.

The Outlaws “There Goes Another Love Song” ~ The Outlaws were one of the biggest Southern Rock groups. “There Goes Another Love Song” was their highest charting single, peaking at #34 in 1975. The song was the lead off track from the eponymous debut. The epic “Green Grass and High Tides Forever” was also on that release. But, it was never released as a single, perhaps due to its near 10 minute length.

Lou Reed “Walk On The Wild Side” ~ Lou Reed was a regular contributor to the Billboard Top 100 Albums charts. But, in his illustrious career he only had one single crack the Hot 100 list. The Reed penned composition was on his Transformer LP that, in part thanks to the co-production from David Bowie and Mick Ronson, brought the attention back to his career. It went to #16 in 1976 despite having multiple references to taboo subjects in the lyrics.

Jay Ferguson “Thunder Island” ~ John Arden “Jay” Ferguson was lead singer and multi-instrumentalist for successful rock bands Spirit and Jo-Jo Gunne. The title track, “Thunder Island,” from his second solo release in 1978 was his only single to crack the top ten. The song has a joyous summer infectious sound with bass, drums and piano leading the way. Joe Walsh guests with some slide guitar licks. Jay’s lead vocal is paired with a cheery female background extolling the passionate pleasures “out on Thunder Island.”

Vangelis “Chariots of Fire” ~ Vangelis Papathanassiou, the Greek electronic composer, wrote the instrumental theme for the British film of the same name in 1981. The work won him an Oscar for Best Original Score, and the song topped the charts. The beautiful piano led melody soars and touches emotions of hope and grandeur from deep inside. Vangelis would provide soundtracks for many other films. During 1981 to 1984 he briefly teamed up with vocalist Jon Anderson of Yes to form Jon and Vangelis. The four-year collaboration would yield three LPs.

Talk Talk “It’s My Life” ~ Talk, Talk were a British synch-pop band that had one top 40 hit with It’s My Life in 1984. The group fused elements of jazz, ambiance and dance beats to make enjoyable under rated 80’s albums. Mark Hollis was forward thinking and he and his group were influential on many that followed. Gwen Stefani and No Doubt did a decent cover version that showed how good the original was to many US fans.