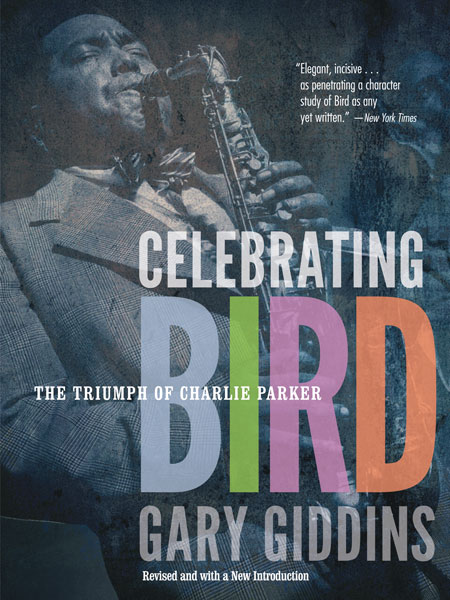 Celebrating Bird is a beautifully written book by Gary Giddins, the best jazz writer alive; the newly updated edition is a scintillating, moving tribute to the torn and tormented genius of Charlie Parker.

Charlie Parker, jazz saxophonist extraordinaire, was thirty-four years old when he died in 1955, and was arguably the most significant musician in North America at the time. His legend and impact continue to be felt and re-evaluated, and with the recent revision and reissue of the Gary Giddins stunning 1987 biography Celebrating Bird: The Triumph of Charlie Parker, new audiences will surely come to know why Parker was and is held in such high esteem by music fans of every stripe.

Gary Giddins is the winner of many prestigious music journalism awards, including a National Book Critics Circle Award, a Grammy,a Peabody, an American Book Award and several ASCAP Deems Taylor Awards for Excellence in Music Criticism. He wrote the “Weather Bird” jazz column in the Village Voice for thirty years and also served as artistic director of the American Jazz Orchestra from 1986 to 1992. In addition, he is executive director of the Leon Levy Center for Biography at the Graduate Centre of the City University of New York.

The book is a compelling narrative of a hopped-up genius who knew exactly how good he was. As did his fellow musicians, though Parker was often so stoned on heroin and so bedraggled in appearance from his drug binges that they hesitated to see him on the bandstand. Mercurial, proud, brilliant and passionate, he was done in by his addictions at an alarmingly early age. Yet he produced an astonishing body of work working in collaboration with such luminaries as Dizzy Gillespie, Bud Powell, John Lewis, Max Roach, Red Norvo and countless more.

Celebrating Bird contains less than 200 pages in paperback, but is essential reading both for Giddins’ talent with words, his critical evaluation of Bird’s importance, and the marvellous photographs found within the superb print edition. Working closely with UMP editors to update this work, Giddins has constructed an updated selected discography which is highly informative (the 1987 version discussed vinyl recordings only and there is a plethora of Parker on digital these days) and expanded many sections of the book with added detail, making this new edition the one to own, even if you have the earlier version in your library. Giddins’ direction on which recordings to search out, and which other print material to read, is invaluable.

Celebrating Bird relates a harrowing portrait of Parker’s descent into heroin hell, which began early in Bird’s career. In 1946, for instance, when Bird was barely twenty-five years old, “he created one of his most influential solos in performance of ‘Lady Be Good’ alongside Lester Young… every phrase and idea became part of the grammar of modern jazz”. Six months later, Bird had signed away half of his royalties to secure a supply of drugs, had been arrested and was living in a converted garage. He recovered, continued his odyssey of musical brilliance and slid again into desperate measures, a pattern to be repeated time after time. Failed marriages, jail time, money troubles, unpredictability on stage – and musical inventiveness of the highest order – all were part and parcel of Parker’s erratic career.

“You did not have to understand what he was doing to know it was wild, spontaneous, expressive, mind-blowing. If you took the next step, delving deeper into the mechanics of the music, you could not fail to get caught up in the intellectual component.” ~ Gary Giddins.

“Charlie Parker was the greatest individual musician that ever lived. Every instrument in the band tried to copy Charlie Parker, and in the history of jazz there had never been one man who influenced all the instruments.” – Cootie Williams, renowned trumpet soloist for Duke Ellington.

In 1950, New York’s largest jazz club named itself after him: Birdland “the jazz corner of the world.” Within three years Charlie’s cabaret licence had been arbitrarily revoked by the police and he could no longer perform in New York jazz clubs. Badly overweight, suffering from bleeding ulcers, his body organs saturated with excessive consumption of cheap wine, Parker succumbed to lobar pneumonia in the Stanhope Hotel while visiting a wealthy, beautiful baroness who was a jazz enthusiast and befriender of musicians.

Giddins eloquently sums up the impact and legacy of Bird’s work with this tribute:

“All wind instrumentalists – including, during the next few years, such influential figures as Dexter Gordon and Stan Getz on tenor sax, J.J.Johnson on trombone, Fats Navarro on trumpet, and Buddy DeFranco on clarinet – emulate Parker’s vibratoless, unmannered total production, rhythmic and harmonic values, and emphatically emotional ideas, which transcended ground rhythms and chords, bringing the listener into a deeper communion with the music.” ~ Gary Giddins

Celebrating Bird is a beautifully written book, and in this carefully updated version, it is a scintillating, moving tribute to the torn and tormented genius of Charlie Parker. 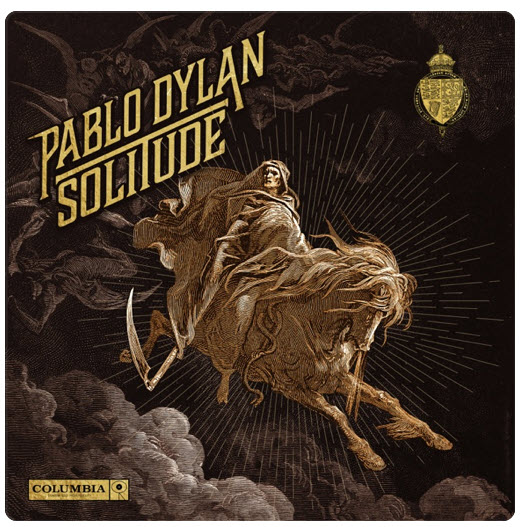