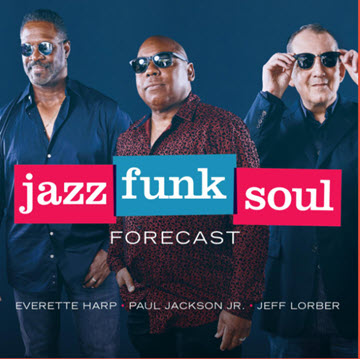 Omne trium perfectum- everything that comes in threes is perfect. When it comes to the trio Jazz Funk Soul (JFS), this statement rings true. Saxophonist Everette Harp, keyboardist Jeff Lorber and guitarist Paul Jackson Jr. are the perfect union of balance and harmony, the right ebb and flow of laid back cool and gritty-driving intensity and the complete package of musical wonder. The towering giants of Contemporary Jazz, who have collaborated with icons like Quincy Jones, Aretha Franklin and B.B. King, are like cosmic rays, emitting unlimited musical possibilities. Each member is a dazzling virtuoso, accomplished bandleader, composer, and producer in their own right.

“We each bring our own interpretations of Contemporary and Mainstream Jazz together in a way that allows us to break the bonds of the normal approach to Smooth Jazz.  By using our years of collective vocabulary we freely express ourselves musically using everything we have at our disposal,” shares Harp. “Plus we can leap tall diminished chords in a single bound!” Taking giant steps are what Jazz Funk Soul is used to. The dynamic three-some are responsible for selling millions of albums and scoring more than 50 #1 Smooth Jazz radio hits!

Jazz Funk Soul’s new and fourth recording, Forecast, (Shanachie Entertainment, August 5, 2022) is a shining example of their magnetic chemistry and inspired performances. At the core of the trio’s allure is their genuine camaraderie, which is anchored by each member’s passion to create.

“All of us love music, especially Jazz, not to mention Funk and Soul!” exclaims Lorber. Our unique talents compliment each other. Paul is well known as an ace session player and one of the finest rhythm guitarists in the world, and Everette is a force of nature with the saxophone. I enjoy comping behind and supporting these guys, and also tossing in some of my blues and be-bop licks when I solo.” Harp says, “The respect I have for Jeff and Paul is immense. Their accomplishments would be enough for 10 musician’s lifetimes.” Jackson adds, “JFS is a threefold convergence of hard work, experience over time, and the blessing of the Lord. Jeff and Everette are arguably two of the best soloists with whom I’ve ever worked.”

The original incarnation of Jazz Funk Soul commenced in 2014. Everette Harp, Jeff Lorber and Chuck Loeb formed the band with the mission of recreating on record the spontaneity and explosive chemistry of their live shows. In 2017, the Jazz world was shook by the untimely passing of Chuck Loeb. “Chuck was an important part of the start of JFS. He was certainly the JAZZ in Jazz Funk Soul,” reflects Everette. “The spirit and joy he brought into his play was infectious. Each time we played together I felt like I had to bring it! There were no coasting nights. He’d smoke you if you didn’t bring it. He was incredible and set a wonderful precedent for us to continue.” Lorber adds, “I feel very lucky to have had the chance to know and collaborate with Chuck. He was a really sweet guy who was fun to hang out with. As a musician, he had prodigious talent as a jazz guitarist, improviser, composer and producer. I think everyone who got to know Chuck really misses him.

Jackson shares, “I was able to tour with Chuck in a guitar trio (along with Chieli Minucci). I used to love it when it was his turn to play one of his songs. The chance to “duel” with Chuck and learn from him was an experience that I will never forget. Chuck is a world-class musician, composer and producer and he’s even nicer than he is talented. I would not have joined JFS if I did not feel I could honor his legacy. I hope I am making him proud.” In a tasteful and fitting way Jazz Funk Soul pays homage to Chuck on Forecast with the memorable “CLS (for Chuck Samuel Loeb).” 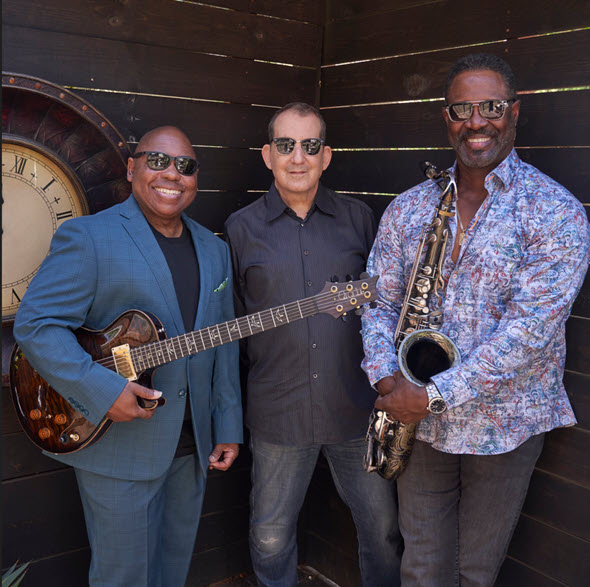