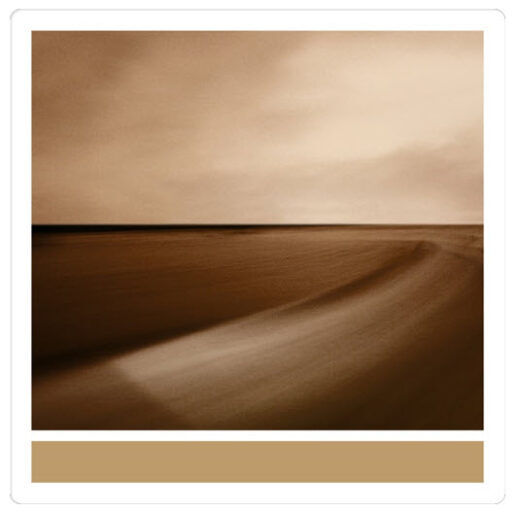 The pioneer in ambient improvised music takes us forward once again. Brian Eno has demonstrated for several decades that he is the musician that other musicians look to when they’re searching for new ideas. Much in the way that Johann Sebastian Bach continues to be an inspiration for jazz musicans more than a few centuries after his death, I suspect that Brian Eno is one of the few artists of his time whose music will provide a treasure trove of knowledge, musical inventiveness and discovery.

Here is what Eno and his two collaborators have to say about their new work Small Craft On A Milk Sea.

“In the early 70s I found myself preferring film soundtracks to most other types of records. What drew me to them was their sensuality and unfinished-ness – in the absence of the film they invited you, the listener, to complete them in your mind. If you hadn’t even seen the film, the music remained evocative – like the lingering perfume of somebody who’s just left a room you’ve entered. I heard Nino Rota’s Fellini soundtracks often before I saw the films and in listening to them I found I could imagine a whole movie in advance: and though it usually turned out to be nothing much like Fellini’s version, it left me with the idea that a music which left itself in some way unresolved engaged the listener in a particularly creative way.”

“The work in this collection is a result of an occasional collaboration between myself, Leo Abrahams and Jon Hopkins. The two of them are gifted young player/composers whose work, like mine, is intimately connected to the possibilities and freedoms of electronic music. Over the last few years we’ve worked together several times, enjoying exploring the huge new sonic territories now available to musicians. Mostly the pieces on this album resulted not from ‘composition’ in the classical sense, but from improvisation. The improvisations are not attempts to end up with a song, but rather with a landscape, a feeling of a place and perhaps the suggestion of an event. In a sense they deliberately lack ‘personality’: there is no singer, no narrator, no guide as to what you ought to be feeling. If these pieces had been used in films, the film would complete the picture. As they stand, they are the mirror-image of silent movies – sound-only movies.” Brian Eno, September 2010

“Most of the music on Small Craft is improvised and, although much of it has been heavily edited, there is a sense of innocence and joy that has been preserved from the time they were made. For me, the feeling that sums up the experience of making music with Brian is liberation.” Leo Abrahams, September 2010

“This avoidance of any traditional song-writing techniques in favour of ideas like these has led to very few standard chord structures and a genuine element of randomness in the process, which I think contributes to the overall sense of mystery in these recordings.” John Hopkins, September 2010

This album consists of several short pieces, most of them quiet evocations of deeply felt landscape, geography, and weird geometries balanced by intense flurries of ferocity. It’s not for everyone, yet Eno has never set out to be popular. Neither is this album destined to be a cult classic. What you can expect, though, is for this work to be both influential and extensively sampled in the future.