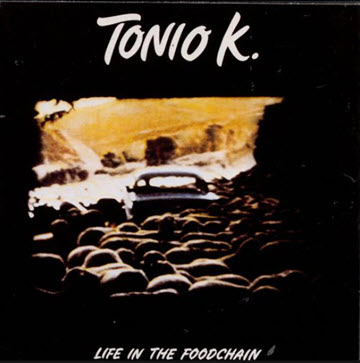 Updated and reprinted by popular request

You won’t find many of these records by streaming, or CD, or even much on vinyl anymore. Unless you’re lucky, that is, and you are somewhat given to haunting the few real record stores that are left in this country: Red Cat Records in Vancouver, for instance, or Recordland in Calgary, or somewhere on Queen Street in Toronto. Some place that carries both new and used, and stacks up the used stuff in 99 cent bins on the sidewalk out front. And if you do find some of these albums, you’ll probably need some kind of record-cleaning gunk at home to scour off the dust and neglect (Spin Clean does the job for us) Although – we did score several recently that were decades old and had never been played. Just because no one wants them doesn’t mean they aren’t great. For us, finding a lesser-known sonic treasure is a pleasure that remains as powerful today as it did back in the day when albums retailed full price for $3.15 and you could buy new deletes for 69 cents. One record store (I may have been involved in this dubious venture) even used to sell their deletes by the pound.

Getting to our choices for the great but obscure, let’s face it, everybody knows about Howlin’ Wolf and Blind Willie Johnson and The Yardbirds. We’ve chosen to write about albums that sold hardly at all, that pretty much flopped, or even drove their creators close to the poorhouse, lost them their contracts – the whole catastrophe. Meanwhile, these records gained a small but fiercely devoted audience. We hope you’ll come to be among them.

Stewart is the most underrated figure in all of American folk/pop music. He had a great career with The Kingston Trio, then struck out on his own, recording this minor masterpiece in the late 60s. Trio fans didn’t know what to make of it. Neither did anyone else. Stewart later struck it big by writing ‘Daydream Believer’ for The Monkees, and ‘Gold’, covered by Stevie Nicks among others. But this album is what you want, particularly if you’re a musician.

9. Dion Born To Be With You recorded 1975 Phil Spector Records Inc.

Phil Spector had his eye and ear on Dion for years and finally convinced him they should make a record together. And of course Phil was pretty much insane during the sessions. What he hadn’t lost, though, was his musical vision. He enveloped Dion’s voice in a smoky, dense and eerie mystery. Dion didn’t know what hit him, and renounced the album. Until musos, musicians and critics revealed how important this record had become to them, that is. Then he realized Phil had done something great.

8. The Tarney/Spencer Band Run For Your Life recorded 1979 A & M Records Inc.

Well, Badfinger couldn’t make a living from their music either, so why should a couple of major talents like Alan Tarney and Trevor Spencer have expected anything different? This is an intoxicatingly great record of perfect pop gems. Should have been the Album of the Year, but didn’t even receive Album Cover of the Year, which it also deserved.

Jazz purity from one of the most unheralded great cabaret singers of the 20th century. She performed into her mid-eighties and passed away in 2018. Marlene possessed one of those perfect voices, unstrained, almost unnaturally gifted in her ability to interpret the finest songs of the Great American Songbook. You’ll recognize her voice if not her name, as soon as you hear it, if you’re of a certain age. She was the voice of countless commercials.

Oh man, what a writer, what a voice. Imagine Fred Neil and Gordon Lightfoot and Willie P. Bennett wrapped into one and you’ll have an idea of what this guy could have, should have been. The album was produced mostly by Bruce Cockburn, with whom Wiffen began back in Ottawa in The Children days. This may be the greatest folk-blues record ever to come out of Canada. The title track is amazing, but then so are ‘Skybound Station’ and ‘Climb The Stairs’.

Robin Masyk was a rockabilly singer from Toronto who went by the moniker of Handsome Ned, and who almost single-handedly revived country rock in Canada. He flamed out from a nasty case of heroin addiction before he was 30, back in 1987, but his memory lives on with everyone who was privileged to see him perform on Queen Street back in the ’80s. This is a compilation of his best work. It’s a mind-blower still.

4. Ben Sidran The Doctor Is In recorded 1977, Arista Records

Got his start with Steve Miller and Boz Scaggs, then turned to jazz and the influence of Mose Allison. This one should have been a monster. Instead it’s merely great, merely one of those records you can go back to every week of your life. He’s still active, and made a superb record several years ago, with some very jazzy takes on classic Dylan stuff. That one’s called Dylan Different, and is the equal in many ways of this earlier work. Sidran is droll, infectious, sparkling and witty, not nearly so wound up as Mose, and almost as good.

Known primarily as a songwriter for Linda Ronstadt, Karla possessed a gorgeous voice. Her previous self-titled album was chock full of great originals (‘Someone To Lay Down Beside Me’ chief among them) – this second outing sold not nearly as well, but for our money both albums were keepers. Her cover of ‘When You Walk In The Room’ matches both the Jackie DeShannon original and The Searchers. The rest of the album is equally stellar.

2. The Louvin Brothers Satan Is Real recorded 1959, reissued 2011 Light In The Attic Records

Some of the greatest close harmony singing ever. This album inspired dozens of young rockers to take up country music. You don’t need to be a believer, but you just might become one after listening to The Louvins. Bluegrass with a dark side, this record featured one of the most authentic depictions of hellfire ever conceived – in fact the brothers came close to being scorched during the photo session.

Steve Simels, the legendary rock critic for Stereo Review called this “the greatest record ever made”. We call it indispensable trash. Full on rock and roll, with outrageous lyrics, inventive song titles and a crack band who just happened to be some of the best sidemen in the business (Earl Slick, Albert Lee, Garth Hudson and the immortal Dick Dale). At the time nobody knew who Tonio K. was, but he was one hotshit writer, singer and composer who turned out to be a guy named Steve Krikorian. Bitter, funny, and politically, socially and morally astute. Puts just about every other songwriter back then to shame. This record is our number one recommendation for sated music fans who think everything that came out of the ’70s was eminently forgettable. Should you be lucky enough to track this one down, whatever you need to pay, go for it. You’ll thank us.