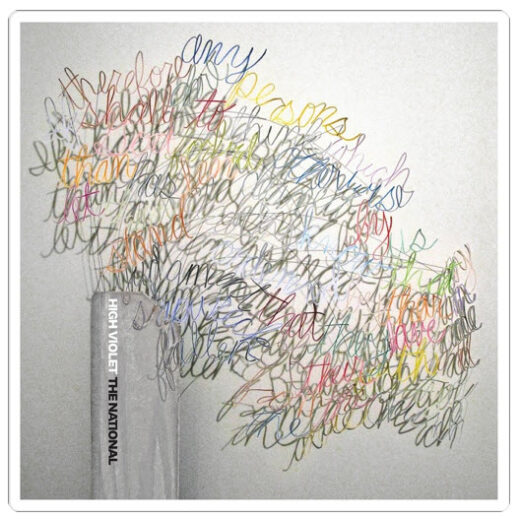 On their fifth album, The National moved towards fulfilling all the promise of their earlier work, with stronger songs, more direct lyrics, and a surprising execution in variety of song structure, pace, and mastery in building a song. Much of High Violet sounds as if they built the songs backwards, from climax back to the beginning of the lyric and the instrumentation. This might sound elementary, but one gets the sense from most bands that everything they have to say in a song is said within the first thirty seconds. Not so with The National. Though most of the material is solipsistic to the extreme, and more than a little dour, the sound is gorgeous, and grand without being bombastic. Sufjan Stevens and Justin Vernon guest in a couple of numbers here.

The lyrics are much improved over their previous albums. Examples: The song ‘Bloodbuzz Ohio’ has a great chorus in” I still owe money/ To the money/ To the money I owe” and from the beautiful song Sorrow “Sorrow found me when I was young/ sorrow waited/ sorrow won” – not exactly Leonard Cohen but far and away above most of the lyrical rubbish from most bands these days. Lead singer and lyricist Matt Berninger displayed increased craftsmanship and restraint in this outing.