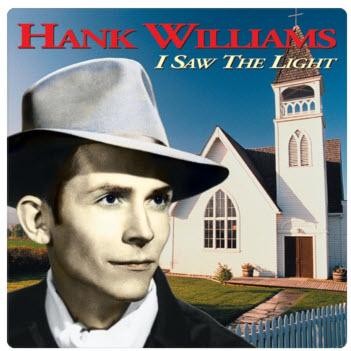 The British Shakespearean actor Tom Hiddleston took on a nigh-impossible task when he was recruited to portray the American country singer Hank Williams in the new film I Saw The Light. The resulting biopic has had mixed reviews so far, with several critics issuing caustic remarks over the screenplay and the direction, both commanded by film producer Marc Abraham. We’ll offer up a slightly different take. Hiddleston’s performance is convincing- the physical transformation he made to take on the role was remarkable – and his singing, which was mentored by the film’s music director, Rodney Crowell, is commendable.

The film closed the final gala evening of VIFF, the Vancouver International Film Festival, on Friday October 9, 2015. Director Abraham was in attendance and spoke movingly about his love of country music and his admiration for Hank’s music. He also stated “my intention in making this film was to a tell a story that engages, involves and moves the audience, even if it means upsetting them.” He may have been referring to the film’s reception to date. A short month ago it was savaged by critics at the Toronto International Film Festival, who termed the film a huge disappointment. Abraham may also have been responding to the very public remarks of Hank Williams III, the punk-cowboy grandson of Hank himself. Hank 3, who possesses considerable music talent in an alt-country vein, would have preferred a different director (Clint Eastwood), a different lead actor (Matthew McConaughey), and a different musical director (namely himself).

“But I will say, with or without this movie, Hank Williams’ music is still going to do that … No matter, his music is going to be timeless, and movies come and go. At the end of the day, his music and what he did is going to outlast the movie, and be passed on for generations. That is why he is as special as he is.“ – Hank Williams III

Here’s the thing – there have a few other attempts at a Hank Williams pic – there was George Hamilton in the 1964 picture Your Cheatin’ Heart, and there was the 1980 made for TV production of Hank Williams – The Show He Never Gave, starring the Canadian country singer Sneezy Waters. Not one of these, including I Saw The Light, captured the essence of Hank’s music or his performances on stage, which were widely known to be electrifying. Hiddleston does his damnedest, puts his whole heart, body and soul into the project, but ultimately comes up short. What he – and every other singer who has ever attempted a Hank Williams song – is missing is Hank’s inimitable connection with the audience. Very few performers have ever had the emotional veracity, the vulnerability and the darkness in them that Hank delivered on stage and on recordings. Elvis had it, Sinatra had it, and Hank had it – that certain something that made every man, woman and child in the audience identify with his songs.

There’s one other factor preventing the success of any Hank Williams biopic, and that is the ongoing strength of Hank’s legend. If you’re a fan of Hank’s music at all, you have probably found that the love of his music stays with you, and grows, for the duration of your life. Hank Williams has never been a teenage infatuation; he was the first singer-songwriter and the best there ever has been. He wasn’t called the hillbilly Shakespeare for nothing. He wrote close to 400 songs in his short life and at least 50 of them are classics. Consequently the audience’s expectations of any film about their musical hero are perhaps too great for any actor to achieve.

This is a period picture, set in the few years between Hank’s early marriage to his first wife Audrey Sheppard in 1944, and his untimely death at the age of 29 during the early hours of January 1, 1953. The screenplay is based on a beautifully written and visually stunning book, Hank Williams Snapshots From the Lost Highway, by Colin Escott and Kira Florita, published in 2001. Abraham stated that his screenplay made no attempt to hide some of the unfortunate circumstances of Hank’s career – his addiction to alcohol and prescription drugs. What the film make clear is Hank’s lifelong struggle with undiagnosed spina bifida, which left him continually wracked with back pain. Tom Hiddleston captures Hank’s limited range of motion perfectly in every scene. There wasn’t a moment in Hank’s life when he wasn’t suffering physically. Indeed, it’s a miracle that Hank managed to perform, tour constantly, write and record as much as he did.

The film is considerably strengthened by strong performances from Elizabeth Olsen, who plays Audrey, and from Bradley Whitford, who plays Fred Rose, the famed Nashville music publisher who gave Williams his first big break and who maintained a close friendship with Hank throughout his life.

How might the film have been improved? – I think director Abraham takes for granted present-day knowledge of Hank’s legacy, and thus does younger audiences a disservice: to them the film might simply be about a country singer who got drunk once too often and died young. I Saw The Light dwells very little on songwriting and recording, and a good deal on Hank’s domestic misery. The film fails to emphasize that Hank is the most covered songwriter in history – everyone from Tony Bennett to Frank Sinatra to Elvis Presley to current artists such as Beck, Sheryl Crow, Lucinda Williams (no relation to Hank) and Ryan Adams have recorded Hank’s songs. In fact, after Tony Bennett recorded “Cold, Cold Heart” in 1951, almost all of Hank’s singles were covered by pop singers, and even jazz and blues singers such as Ray Charles. Personally, I would have loved to have seen an epilogue that featured a few music luminaries deliver a line or two about Hank’s impact on their own music. Here’s an example:

“I regard myself as a very minor songwriter when compared to Hank Williams.” – Leonard Cohen

The truly great thing that Abraham got right in this movie, and compellingly so, takes place in the interview scene where a New York writer asks Hank about the reason for his success. Hiddleston convincingly delivers the best lines in the film when he responds:

“Everybody’s got a darkness in them somewhere. I write about anger, about heartbreak, about regret, and the darkness. What I write is real and sincere…. When you get to be a success, folks have a habit of writing you and telling you their troubles. All kinds of troubles. I reckon they think I’m something like the Red Cross… They come to hear me sing about the darkness. The difference between me and them is that after the show they don’t have to take it home.”