Covers Uncovered: Jimi Hendrix ‘All Along The Watchtower’ 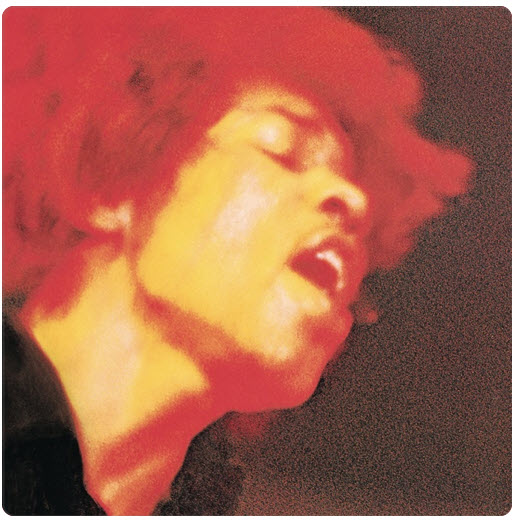 The Jimi Hendrix version of “All Along The Watchtower” is arguably the best cover version of any cover version ever. And it’s one of the best songs Elston Gunn, nee Bob Zimmerman, aka Dylan, ever wrote. If you were around when Dylan released the original version on his album John Wesley Harding, you might well have thought the only person who was going to cover this song was Dylan‘s erstwhile lover, Joan Baez. Or you might have guessed The Band, or maybe Ian & Sylvia, each of whom had done some very credible renditions of stuff that Dylan had more or less mangled with his amateurish guitar playing and wheezy harmonica.And yes, I am a big fan of Dylan, but come on, let‘s ‘fess up. He is the greatest songwriter of our time, not the greatest performer or interpreter of his own material, despite the widespread conclusion in the Sixties that “nobody sings Dylan like Dylan”. Well, they were right in a way.

Until Hendrix, that is. He confounded everyone. A whole lot of blacks didn‘t understand him because he played what sounded to them like trashy white music and anyway what the hell was a black guy doing covering a Dylan tune and hanging around with a bunch of white guys like Clapton? Being brilliant, that‘s what.

The story goes that Dave Mason of Traffic played the “All Along The Watchtower” in the original Dylan version for Hendrix and Jimi went crazy for it, insisting that he record it immediately. That very night at his Record Plant studios in New York Jimi laid down most of what became the finished work. Now for me, the question is, how did he have the vision to transform that quiet, soulless, acoustic folkie wisp of a song of Dylan‘s into a hard-charging, thunder-crashing masterpiece? Other guys have tried this and embarrassed themselves, particularly so when they managed to get a hit record out of the result. I‘m thinking here of what Nazareth did to Joni Mitchell‘s “This Flight Tonight”, or Gary Lewis and the Playboys‘ crucifixion of Al Kooper‘s ‘”his Diamond Ring”.

The answer is in the words. Jimi was no spaced-out guitar whiz freak. He was a tuned-in, deep-thinking guitar whiz freak very much in sync with words. Sure, he played guitar left-handed and upside down, with his teeth, with his toes, behind his back, the consequence being that he was viewed by many as nothing more than an instrumental trickster. If you listened closely to his first album though, you may agree with me that the masterpiece contained there is ‘The Wind Cries Mary’. Listen to it often enough and you will know what you‘re dealing with: a musical genius.

“Watchtower” is mythic in its lyric content with the last verse mysteriously beginning the song again. What I love about this piece is that it cannot be contained in any space or time; the circumstances could be from the fourth century on Earth or the 33rd millennium on Alpha Centauri. The situation is not spelled out clearly, yet we get the sense of imminent danger, of resources wasted, of natural forces triumphant over the senselessness of human endeavors.

Jimi‘s guitar recreates a thunderstorm as perfectly as Phil Spector recreated the storm when he produced the Ronettes’ ‘Be My Baby’. Jimi goes further though, using his guitar to simulate the howling of the wind. And I haven‘t mentioned the strength of his singing on this number. Jimi didn‘t think of himself as a singer at all, and in fact when he recorded his first album he was ashamed of his vocals. On “Watchtower” his vocal is anything but subtle, but he convincingly projects the danger, the paranoia, and the terror of the narrator.

Spacey guitar, wah-wah effects, stereo streaming from left to right and back again, powerful drumming: man if you could do this with a Dylan song, anything was possible. In this case, Hendrix put the music right up front, and that was the big surprise. The opening guitar riffs form one of the strongest pop song openings ever laid down. Hear it once and you won‘t soon forget. Now another thing: Dylan was noted for rushing his recordings. Hendrix would re-record something a hundred times to get it right. He drove his musicians wild with his obsession with perfection. They‘d walk out of the studio and then Hendrix would end up doing the track himself, playing bass or whatever. He played bass as well as lead on “Watchtower.”

The Hendrix version was released on the Electric Ladyland album in September of 1968 and became a big hit. Dylan himself was overwhelmed by the recording. Dylan put it this way:

“He had such talent, he could find things inside a song and vigorously develop them. He found things that other people wouldn’t think of finding in there. He probably improved upon it by the spaces he was using. I took license with the song from his version, actually, and continue to do it to this day.”