‘Crossroads’ is a blistering bravado live performance from the power trio Cream that starts off quick and from there it accelerates at an electrifying rate. But for me the most moving part of the song is the conclusion when Jack Bruce announces calmly to the audience “Eric Clapton, please, on vocal”. That gets me every time. It‘s so deliberately ironic; we have just heard some of the most dazzling guitar playing since the invention of the instrument and Jack downplays that by mentioning Eric‘s responsibility for the vocal. It‘s only then that you realize the true measure of the band‘s achievement: three guys produced this much mesmerizing sound and transformed an old blues number from Robert Johnson into an artifact that should be blasted into space for future listening by any alien anthropologist about to discover one of the crowning achievements of Earthly rock and roll.

Like many another blues and rock musician in the Sixties, Clapton succumbed to a heroin habit that kept him out of the limelight for a couple of decades. Then he brought forth in the last few years a series of indelibly strong, consistent albums. I don‘t care for most of his albums made after his Derek and the Dominoes work until that is, the release of Unplugged, From The Cradle, and Me and Mr. Johnson. What happened? Well, he kicked the heroin and alcohol habits and he went back to his roots. He is one of the few figures of the 1960s still making significant recordings which equal or better the work he did more than fifty years ago.

Cream was an innovative so-called “supergroup”, maybe the first of them, and one of the best ever. The odd thing is that two of the members couldn’t stand each other, the third being Eric Clapton. There had been signs and graffiti posted by ardent fans in London subways stating “Clapton is God”. When he decided to leave John Mayall‘s group and team up with Jack Bruce from the Manfred Mann group and Ginger Baker from The Graham Bond Organization, the rock audiences and the blues audiences around the world were ablaze with great expectations, which were fulfilled. Cream was the first rock blues powerhouse trio. At the time of formation of the group Jack Bruce was the featured vocalist. He is a tremendous singer, in some ways the equal of Steve Winwood. For Cream’s first show in 1966, they were paid 75 pounds (around $150) to do two thirty minute shows. A year later they were playing to sold out performances at the Fillmore where in 1968 ‘Crossroads’ was recorded for their album Wheels of Fire. It‘s strange to realize that the 4 minutes and 14 seconds of the single was edited down from a much longer performance.

Jack Bruce’s bass work on the track is phenomenal. And as for Ginger Baker’s controlled frenzy on the drums, he is not only a superb timekeeper but a real driver of the two-man rhythm section. It’s too bad that Rolling Stone pissed off Clapton so much by calling Cream’s work a sludgefest of blues-rock clichés- which prompted Clapton to leave the group and team up with Steve Winwood to form Blind Faith, which to these ears was one of those projects that looked so good on paper but never quite fulfilled its potential. Cream could have, and should have, done much more. Both Jack Bruce and Ginger Baker had jazz chops that might have led Clapton far beyond the purview of his truly sloppy 1970s records. All that said, ‘Crossroads’ more than stands the test of time and certainly opened up many ears to the genius of Robert Johnson’s staggering genius as a blues innovator, both for his guitar work and his songwriting.

Although elsewhere I‘ll state that a great guitarist is immediately recognizable from the first few notes he plays, I have to qualify that statement in the case of Clapton. He is recognizable for the sound and style he produces, depending on the instrument he is playing. Clapton plays electric, acoustic and nylon string, so it might take even a few moments to say, yes, that‘s him, but he has some very distinguishing characteristics he has maintained over several decades. First of all, when he plays fast (hence his nickname Slowhand) no one plays as cleanly as fast with as much feeling as Clapton, not Hendrix, not Allman, not Stevie Ray, or anyone else you care to mention. Secondly, when he plays slow, no one plays as smoothly, or with as much feeling as he does. And by the way, it‘s a whole lot harder to play slowly than to play fast and a whole lot easier to play electric than acoustic. With electric you can turn up your amp, hide your lack of technique with a little distortion, and generally confuse your audience with noise. Ask any guitarist worth his salt. If you can‘t play something very well, just rush it a little and use the electronics; your mistakes and lack of technique will be disguised much more easily than if you slow it down because in a slow tempo, with natural acoustics, all mistakes are revealed.

Clapton later released the album Me and Mr. Johnson revealing the full depth of his obsession and devotion to the music of Robert Johnson, the originator of ‘Crossroads’. Now you‘ve probably heard the stories about Johnson selling his soul to the devil at a crossroads one night in exchange for receiving his talent on the guitar. I love that myth because there are probably about 10 million guitarists in the world who would be in for such a deal without a moment‘s hesitation. 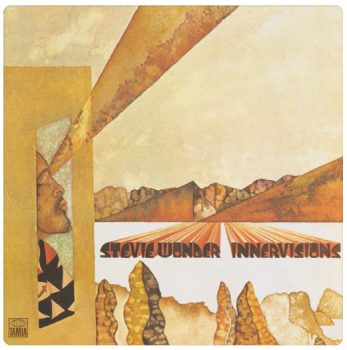 Essentials: Bob Dylan ‘Highway 61 Revisited’- The Number One Rock Album Of All Time