The Comsat Angels ‘Waiting For A Miracle’ 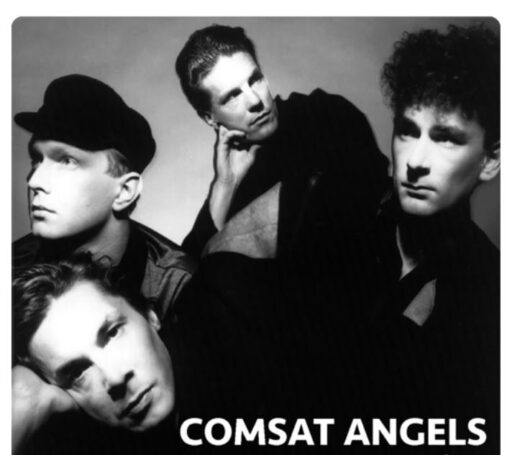 Around the turn of this century there seemed to occur a renaissance of appreciation and usage of vinyl records as a viable — if not ultimately superior — format for listening to music.  Cast adrift in the sea of digital technology dominated by the leviathan MP3, the sudden appearance of a life raft bearing a spinning turntable and a stack of vinyl records was for many a beacon of new hope and potential for a species on the brink of extinction.

For the generation weaned on Compact Disc and sustained by MP3s etc., it was introduction to a ‘magical’, arguably superior audio quality, musical format with aesthetically appealing packaging; thus, an alternative to the current truncated listening experience mainly offered on digital listening devices (eg: computers and their compromised speakers and DAC).  I say truncated, because the days of sitting down to listen to a full LP (or at least one side) on the turntable had been replaced by the ‘Shuffle’ feature and playlists or the Next button on the CD remote.   Not enjoying the first ten seconds of a song in the middle of an album?  No problem, skip to the next song or a different artist rather than be forced to give the song/artist a fair listening experience.

Has this changed the way mainstream musicians write songs?  Debatable, but quite likely, once your audience’s attention span has been ascertained as limited, and the early ‘hook’ or ‘beat’ needed to maintain interest; this is not a new observation as it was always the case for mainstream radio which needed short, catchy songs to keep the listener from changing the dial.  The vinyl format, on the other hand, gloriously urges the listener to slow down and pay attention to the details — both the physical handling of vinyl and its auditory experience.

For myself and others, one most exciting aspect of collecting vinyl records is the hunt for used LPs:  this often comprises the rare, unique, forgotten masterpiece or devastating flop, as well as the collector’s usual list of favourite musicians and out-of-print titles.  If one is adventurous, and in possession of vast free time, limitless musical discoveries exist just behind the next album cover.

In 2001 I was a transplanted Canadian living and working in Seattle — a city, like Portland, already known for its music scenes and vinyl record stores — at the time of the ‘Vinyl Renaissance’.  Further to the established music stores, a surfeit of new places started carrying used and new vinyl.  My favourite, due to its one block proximity from my office, was Half-Price Books — a store that traditionally sold used/new books and CD/DVDs but had recently started stocking used vinyl at mind-blowing, non-collector prices (three to seven dollars average, and I was buying original Jazz albums on Blue Note, Verve, Capitol for only five dollars).  Of course the albums were not generally graded or carefully examined for damage, but this was no deterrent since any serious collector will perform a series of personal tests/checks, which to an outsider will hilariously appear as if one is holding a precious jewel for inspection.

During one of my usual quick lunch-time visits to Half-Price Books (such visits became obsessions as you imagined that some customer had that day dropped off a mint copy of Satan’s Real by the Louvin Brothers, just waiting for you to find in the Country Music section), I came across a French pressing of the Eye of the Lens EP by The Comsat Angels (POSPX 242).  I remembered in high school a friend had recommended this band as “like Joy Division but slightly more optimistic”, and hearing one of their songs on late night CBC radio — my primary source for new alternative music discoveries (this was the 80s in Saskatchewan after all).  I could not recall the sound of their music, but the year, label, and album art all pointed to a band I would still enjoy — 1981, Polydor UK, featuring The Comsat Angels’ name in their usual Japanese-like downward script with a band photo on the back of the members posing in black clothes and cigarettes on a dreary English Winter’s day, looking like Joy Division’s Sheffield cousins — besides, the fact that European and Japanese pressings are generally better quality had already made up my mind.  Even if I had never heard of them before, I would have picked up The Comsat Angels simply based on their name being the title of a short story by J.G. Ballard — one of my favourite authors.  Joy Division also referenced Ballard in their music, particularly the direct homage of “The Atrocity Exhibition” on Closer, further establishing the kinship between the two bands in my mind, regardless of The Comsat Angels obviously following in Joy Division’s wake by a year or so.

That evening I happily gave the record a much needed deep clean (using my old improvised system; I now use the Spin-Clean MkII system, highly recommended/cheap) before playing it on my recently acquired used higher-end turntable (entry level Pro-ject with Sumiko blue point cartridge).  I expected a post-punk band with pop leanings, but what I heard was dark, brooding music with elements of Goth and predating Trance in its slow, hypnotic rhythms, accompanied by a singer who sounded possessed and in genuine pain.  The first song, “Eye of the Lens” creeps forward in growling persistence, a somnabulent exploration of nightmarish visions, perhaps something like Joy Division meshed with the band Morphine (or Joy Division on morphine).  It seemed a wonderful discovery of a perhaps visionary band from the early 80s, and I was pleased by my good fortune to have scored such a record for three dollars.

Flash forward a few years, and I’m back in Canada — married, children soon, a mortgage and six cats and a dog, letting the days go by — with a local vinyl record store within 30 minutes that I can visit once or twice a week easily (once you have the two children filling your life with constant joy, those record store trips become rarer and significant).  At Krazy Bob’s I find only one Comsat Angels record but it happens to be their first LP, Waiting for a Miracle.  Perhaps not as well known as their ‘hit’ album Sleep No More and title single, this mattered not as I always prefer to start with a band/artist’s first release — partly to understand their development (if any), and also to simulate the experience one would have at the time of release, anticipating a band’s new album and unheard songs.

It is particularly exciting when a band completely surprises you by releasing an album which comes from nowhere visible, taking a new road you never anticipated.  There are many examples of this in music history — some successful for the established artist, many not, often due to lack of fan support who generally want things to ‘stay the same’ — the one which springs to mind is Ween putting out a country album with genuine country/blues session musicians, one that was galaxies away from their existing oeuvre.  Yet that album was unmistakably Ween, even if the musical genre had changed.  When I first played Waiting for a Miracle, if not expecting the same Comsat Angels at least something similar, it was like listening to a whole new band on a new drug (cocaine or speed) who had decided to change fully their musical style and interest.   Also, it sounded weird: vocal range is one thing, but the singer’s voice was much higher and less raspy; it was a completely different person or the same one inhaling helium but the liner notes showed no change in the established lineup.

Then the light inside my brain went on, realizing I was playing the record at the wrong speed.  A quick check showed no, 33 rpm was correct for this LP as almost always, and of course my mistake had been with the initial EP I’d discovered.  This was a classic amateur mistake, perhaps forgiven by my over-exuberance at the time or herbal indulgence, and one firmly confirmed when I next examined the label for Eye of the Lens:  “ST 45” was clearly printed on both sides (in my further defense that earlier Pro-ject and current Rega P3-24 are both fully manual, including changing the speed which requires lifting the platter and switching the belt location, so one tends to think 33 rpm and save 45s for specific day).  It seems obvious to me now when I listen to the slow version compared to correct speed, but that initial experience had ruined my aural memory of the band, where the two disparate sounds could not be separated.  I waited a couple more years — 2011, ten years total after first discovery — before playing The Comsat Angels again.  Time had drained the dregs of the wrong sound, and I could simply sit back and enjoy.

The lesson I derived from this experience, was a recall to the more mindful experience demanded by the vinyl record format.  Not only are we attentive to vinyl’s cleanliness, proper storage, and correct playback equipment setup, but the beauty is in the small details we must not overlook.  If you have a Mono pressing of a classical piece or classic rock, be thankful and observant to play it on your Amplifier’s correct Mono setting (if it has one);  even though it will play fine on Stereo — as all the early Jazz records boldly tell you, and vice-versa — you will be richly rewarded by hearing it in the original Mono recording.  This, and other important information, can usually be discovered either on the sleeve or album label itself.

For many, the most important aspect of the musical listening experience is to remain as true to the original source as possible — this is the Fidelity meant in High-Fidelity.  Some go as far as spending tens of thousands of dollars on equipment and listening room enhancements, in an effort to achieve the ideal conditions.  Really, though, all that is needed is decent affordable, perhaps higher-end equipment and an excellent source format such as vinyl, to feel close enough to the ‘real’ recording, letting all the details finally fade away in the face of simple musical experience.  Oh, and of course please make sure to play at the correct speed. 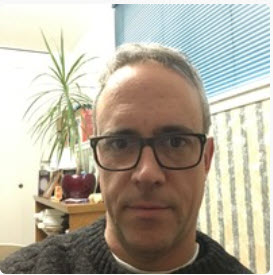 Rodrigo Pablo Yanez is an avid typewriter collector, audiophile and doctoral candidate at the University of Saskatchewan. His interests include Restoration/Eighteenth Century Literature, Spatial Theory and Literary Cartography/Geography, Digital Humanities, and Game Studies.