Chris Botti in Concert, Vancouver, BC 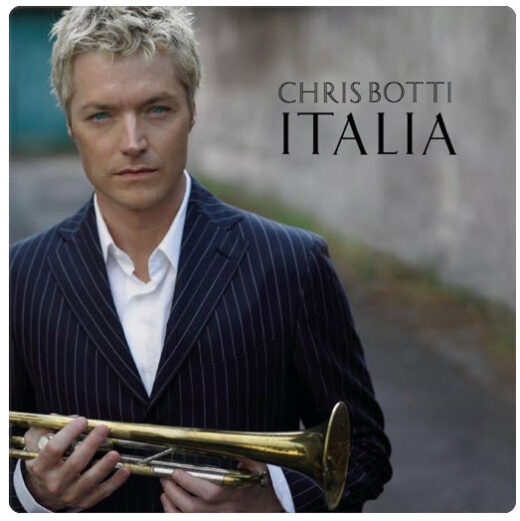 Chris Botti and his badass band are swinging cats, more into Miles Davis than one might suspect, and deep into a meaningful meeting of the musical minds when it comes to appearing with a symphony orchestra. Conductor Gordon Gerrard ably ensured that the substantial presence of the VSO was there for far more than background accompaniment, and Chris went out of his way not once but twice to give Gerrard and his players their considerable due.

We saw Botti last time he was in Vancouver way back in May, 2012 and were blown away by his rapport with the audience, and with his program, which consisted then of beautifully arranged pieces such as Puccini’s ‘Nessun Dorma’ and Bacharach’s ‘The Look of Love’. This year he has upped the ante with a reworked band lineup (new pianist Geoffrey Keezer, new guitarist Ben Butler) and a jazzier approach, notably when the jazz combo got to stretch out in the improvisational framework of ‘Flamenco Sketches’, the Miles Davis/Gil Evans staple. Butler as guitarist was particularly effective in his tender duet with Botti on Cohen’s ‘Hallelujah’, a piece they managed to make fresh currency of despite its ubiquity, by allowing the audience to be subdued and seduced by the power of space between the notes. And then there was the killer drummer Billy Kilson, who put forth the most dazzling display of jazz drumming I’ve seen in years.

Botti has always been known for showcasing the talents of others, just as his friends Sting and Paul Simon did for him when he was starting out years ago. Hence the inclusion of the ravishing presence (and ravishing tone) of Caroline Campbell, violinist extraordinaire. Guest vocalist George Komsky (on ‘Italia’ and ‘Time to Say Goodbye’) provided operatic flair, while vocalist Sy Smith performed a rocked-version of the afore-mentioned ‘The Look of Love’, as well as a romantically understated ‘The Very Thought of You’. And speaking of Smith, was there ever a singer happier to be on stage? – she simply radiated warmth and talent from start to finish, bringing to mind the vocal range and excitement that characterized the late, great Minnie Riperton.

As for Botti, he was in fine form, with exceptional tone and scintillating jazz chops that truly connected with the sold-out crowd from the moment he began with a stirring arrangement of the famous ‘Concierto de Aranjuez’. He introduced his encore ‘My Funny Valentine’ by saying that this was the song that made him want to play trumpet. Backed only by the shimmering piano of his new sidekick Geoffrey Keezer, Botti’s rendition was gorgeously paced.

Last, but not least, Botti is still one elegant, well-dressed dude. And he may be hovering around the age of 50, but you’d need a doctor’s certificate to prove he’s even a day past 40.