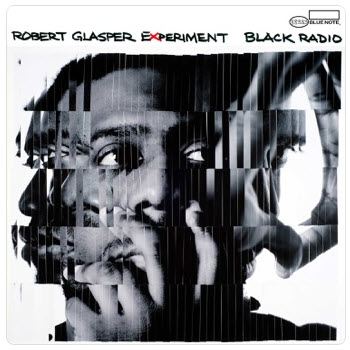 With this recording Robert Glasper and his band set confident new directions for black music, and exciting new paths for music itself. ‘Black Radio’ deserves to be hailed as a modern classic.

From the opening notes of the first track of Black Radio, by Robert Glasper Experiment, released back in 2012, it was evident we were listening to something special, something that harkened back to a ground-breaking album from 1972 entitled Irrepressible Impulses, subtitled “The Music You Don’t Hear On Radio… At Least For The Time Being”. Seminal figures in black music such as Pharoah Sanders, John Coltrane, Ahmad Jamal and Alice Coltrane, all residents of Impulse Records, played some spectacular music on that album and set the FM airwaves ablaze with urbane and pulsating rhythms. Black Radio does the same for a new generation. You probably won’t ever hear a single track of this album on your average radio station, black or otherwise, unless that is, someone is tuned in to the real currents of great contemporary music. What is even more impressive is that this record fulfills the potential of rap, the dominant but ill-served musical genre of the past thirty years.

The lineup on this record beggars description, but suffice to say that the cast of musicians is everything and more that famed (and absent) producer Quincy Jones has assembled in the past (often successfully). In addition to the four worthy members of the band, those being Robert Glasper, keys; Casey Benjamin, sax and vocoder; Derrick Hodge, bass; Chris Dave, drums — Glasper has invited a guest list that shoots out the lights. Erykah Badu performs the jazz standard “Afro Blue.” Lalah Hathaway does a Sade song. Ledisi writes lyrics over a Glasper tune. Chrisette Michele and Musiq Soulchild hop on a slow jam. Lupe Fiasco raps. The artist formerly known as Mos Def raps. Bilal sings Bowie. “Smells Like Teen Spirit” is covered. Meshell Ndegeocello. KING. Shafiq Husayn of Sa-Ra. Stokley Williams of Mint Condition.

The opening track “Mic Check/Lift Off” invokes the spirit of Gil Scott-Heron with some spectacular piano from Glasper and moves from there into “Afro Blue” with a soulful vocal from Erykah Badu and some of the sweetest drumming you will ever hear, courtesy of Chris Dave. The groove on this track is phenomenal and is alone worth the price of admission. “Cherish The Day”, the Sade song with Lalah Hathaway, is reminiscent of Stevie Wonder, when, that is, he was creating some of the most glorious music ever made back in the mid 1970s, but did Stevie ever have a drummer behind him as solid and as intoxicating as the afore-mentioned Chris Dave? And Glasper’s keys on this track are every bit as satisfying as anything from Stevie’s brilliant catalogue of work. Five minutes, fifty-five seconds of aural pleasure.

Other key tracks: “Always Shine” – a scintillating rap with Lupe Fiasco and Bilal – as well as “Move Love”, one of the most erotic vocals ( by KING) you will ever hear, one that coupled with the following track “Ah Yeah” with Musiq Soulchild & Chrisette Michele, makes Black Radio the best makeout record since Roxy Music’s perennial fave Avalon. Then there’s the title track “Black Radio” performed by Yasilin Bey, the artist formerly known as Mos Def. It’s a masterpiece, consciously reminding the listener that black music has always been where it’s at, that with black music “you’re rocking with the best”.

You wanna fly free, go far and fast
Built to last, we made this craft
From black radio

Black Radio ranks far above any other jazz-inflected hip-hop/rap/soul album released in the past five years and it’s no coincidence it was released by Blue Note Records, home of some of the finest jazz albums ever made. With this recording Robert Glasper and his band set confident new directions for black music, and exciting new paths for music itself. Black Radio deserves to be hailed as a modern classic. This Experiment is that good. It’s no surprise it won the Grammy Award for best R&B Album at the 55th Grammy ceremonies in 2013.