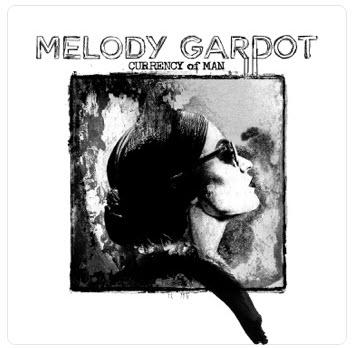 The fact that Melody Gardot is writing music, recording and performing regularly is something of a medical miracle. A serious bike accident several years ago put her in the hospital for months and left her with permanent brain damage and memory issues, along with an intolerance for light. Her habit of wearing sunglasses is a necessity, not a Roy Orbison study in character. Then there’s her difficulty with being subjected to loudness. If a writer set about to create a piece of fiction that paralleled the circumstances of Melody’s life, no editor would accept the fantasy. Except that it’s all true, and Melody continued to astonish jazz fans with her fourth full-length album in the past eight years. This one, entitled Currency of Man, was released in 2015 and represented a considerable step forward both in concept and execution.

The lyrics and the vocal approach are consistent with her previous work: moody, understated powerful stuff that gets to the core of the listener and refuses to be genre-bound. What distinguishes Currency of Man both from her earlier outings and other current releases on the jazz scene is the beauty and power of the arrangements. Her music has been compared to that of Nina Simone, and that’s heady stuff for a 30 year old white jazz singer from Philadelphia. Granted, on occasion, Melody’s vocals could benefit from clearer enunciation such as heard from Nina herself or Cassandra Wilson, but don’t let that put you off from auditioning one of the finest contemporary albums of 2015.

Key tracks: the hip-hop inflected splendour of “It Gonna Come”, the smoky sax-drenched “Bad news”, the relentless power (and superb video) of “Preacherman”, and the closer “Burying My Troubles”. That said, there isn’t a superfluous track on the album. And be sure you hear the Artist’s Cut of this recording; it’s worth every moment of your time.