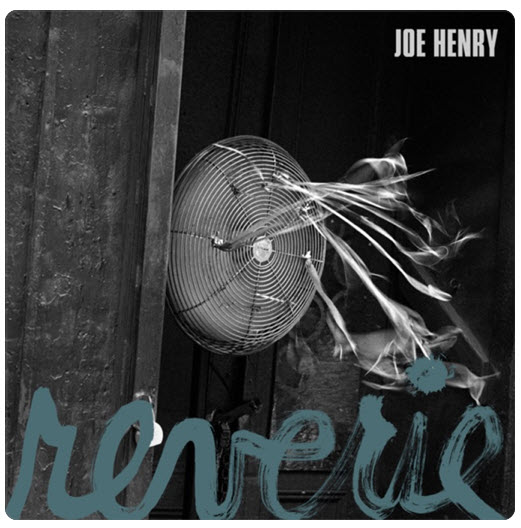 Outside of NPR, Joe Henry seems to be the kind of musician who doesn’t get much press. Fair enough. The guy isn’t a pop star, he’s not even remotely associated with popular music. That hasn’t prevented Henry from becoming what is commonly known as “a musician’s musician”.

Writing, recording and producing finely honed roots-flavoured albums revered among other creators of roots-based albums. But hardcore fans of Henry know, the man is the real deal: a songwriter of pure emotion and poetry, a vocalist of delicate timbre, a musician of brilliant Nashville elegance and producer of grits-and-sauce records for the likes of Solomon Burke.

A thumbnail description of Henry could read as follows:  The Americana version of Daniel Lanois. The only difference being Henry hasn’t profited from a the collaboration with a mega-watt top 40 act a la U2. Some might say, that this serves Henry well, giving him some points for credibility. Not that it matters. Lanois is good; Henry is good. ‘Nuff said.

At 51, Henry is now arguably in the prime of his career. Reverie is Henry’s twelfth album as a solo artist, and it is a quiet masterpiece as well. The songs are cinematic without hyperbolic overproduction. Reverie is stately, elegant and autumnal, the perfect album for cool October afternoons.

As a producer, Henry has worked with such luminaries as Elvis Costello, Teddy Thompson, Mose Allison, Mavis Staples and Hugh Laurie (yes, the Hugh Laurie of Dr. House fame).  He employs a great variety of textures and sonics that never deter or distract from the core sound or voice on record. As producer, Henry colours the background and fills in the voids with textural shadings. These touches are elemental to his own recordings which have branched out from roots-rock to trip-hop and avant-jazz. Somehow, the recordings never come across as dull or overloaded. The song is always central in Henry’s sonic vision.

The music on Reverie swirls like smoke from a jazz club that just burned down. The opening track, “Heaven’s Escape”, begins with a startling cymbal crash. The sparse track, all drum rolls and piano trills, envelops Henry’s nasally southern croon, like cotton soaked with bourbon. On an album full of perfectly executed details, this track is ripe with perfection. I’m not sure Henry has ever produced, or sung, a better song than this. And with that, Henry sets the stage for a seductive batch of songs.

Reverie’s fourteen tracks offer a varied selection of moods and a heap of Henry’s production  flair: A shuffle beat  moves through “Odetta,” one of the albums glossier moments;”Sticks and Stones” offers some rot-gut jazz a la Tom Waits’ Frank’s Wild Years. As a punctuation of humour, “Sticks…” alleviates some of Reverie’s spectral ambiance and prevents the album from teetering into a repetitious groove; the raw solo blues of “Room at Arles” is as dark and potent as shoe polish; “Deathbed Versions,” is a ghostly echo of Dylan with Henry asking “how do ya like your blue-eyed boy?”; “Tomorrow is October” sounds like a lost treasure from Billie Holiday’s latter sessions, replete with all of the desperation and loneliness of a bummed out Lady Day evoked in Henry’s weathered whine.

If you’ve never stumbled down Henry’s dark corners and dusty hallways before, then prepare yourself for mid-album stunner “Strung”. What could be a left-over from Henry’s work with Elvis Costello and Allen Toussaint on The River in Reverse is the album’s linchpin, tying together two halves of the album with the finest musicianship heard anywhere on Reverie. And that is what Henry is all about: the one constant in his work as a solo artist and a producer is the high level of rhythmic playing, of tasty but not invasive percussive work, the stellar guitar interplay and the random, and sometimes obscure, noises that flit in and out through each album. Reverie shows no degradation or downgrade in Henry’s talents. Measured in its grandeur but large in soul, Reverie is a must-have and a revelation for fans old and new alike.