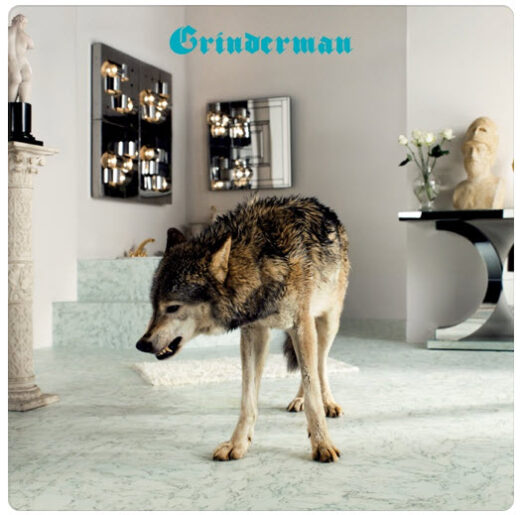 The second album by Grinderman, appropriately titled ‘Grinderman 2’ has been out for two or three months now, and portends a continuation of what the frontman, Nick Cave, has long been known for: murder ballads, sexual satiety, and the darker side of life. If he weren’t such a brilliant musician, he’d probably be arrested for spouting this stuff, but he gets away with it and leaves his audiences clamouring for more. However, more than a few detractors call his repertoire ‘shameless, disgusting, wretched, and immoral”. This is in keeping with the true spirit of Rock and Roll.

Cave’s original group The Bad Seeds was named for the 1956 movie ‘The Bad Seed’, a horror-thriller that told the story of a young girl whose playmate goes missing. Turned out the girl was the grand-daughter of a serial killer and she may have inherited his tendencies. The movie scared a lot of people at the time. Remade in the mid 80s, the newer version restored the original ending of the book upon which the film was based. Both versions are worth checking out if you’re a film fan.

With this heritage in mind, it’s easy to see that Nick Cave is your songwriter noir deluxe. For decades he has been churning out material of this sort, making a schoolboy of Warren Zevon. The first Grinderman album came out in 2007, transforming Cave from a piano-man into into a guitar monster with a stripped-down band. Grinderman 2 improves upon the first and takes us farther into Devil-land.

The opening cut ‘Mickey Mouse and the Goodbye Man’ tells the story of two psychopathic brothers and their experience with a hostage. Cops at the door, Cave in the guise of the more innocent brother pleads his relative lack of guilt in the affair. We don’t quite believe him. Cracking guitar work dominates this tune and gives the lie to any pretense in the lurid lyrics.

‘The Palaces of Montezuma’ on the other hand is a less criminal affair, but no less wicked in its intent and execution, yet stunningly beautiful and haunting in its depiction of low life and ‘a custard-colored super-dream of Ali McGraw and Steve McQueen’.

And how’s this for a memorable lyric line:

What has that husband of yours ever given to you?
Oprah Winfrey on a plasma screen.

Don’t say we didn’t warn you.