Paul Simon ‘So Beautiful or So What’ Album Review 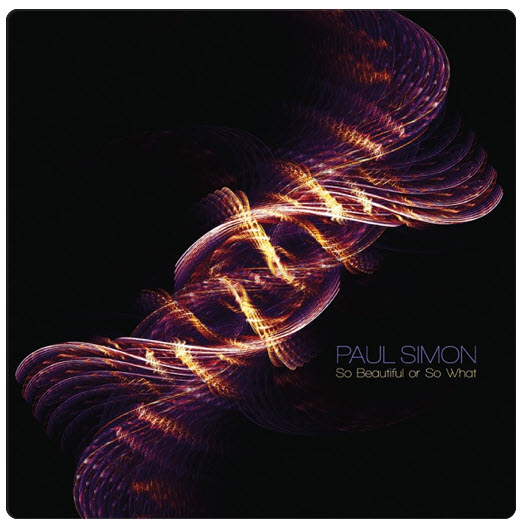 With a voice that belongs to someone 30 years younger, with a lyrical touch that conventional wisdom says leaves a poet early, and with his inimitable guitar virtuosity Paul Simon has crafted his finest album in many years with his new release So Beautiful or So What.

The opening track Getting Ready for Christmas Day manages the impossible task of making Christmas new again with its upbeat working man’s outlook on the power and the glory that makes the season so special. And this is what separates Paul Simon from almost every other songwriter out there. He creates characters with his songs and inhabits them just as a fine actor does; he makes you forget that it’s the famous Paul Simon singing a made-up tune. The prevailing methodology of songwriting for the past decade or two has been ultra-confessional; there’s almost no art in it, and the atmosphere breathed by most songwriters is completely solipsistic. It is both literally and figuratively a breath of fresh air that we have Simon to demonstrate how much art there can be in popular songwriting and he does this terrifically well from the get-go on this album.

Then we’re on to Afterlife, a convincing and imaginative creation about a man who has just died and shows up at the next place only to find out that ‘you have to fill out a form first”. It’s reminiscent of James Taylor’s Traffic Jam, just as true and just as amusing.

Dazzling Blue features both some outstanding lyrical content and some great guitar work that harkens back to Simon’s finest works ever, which were Graceland and Rhythm of The Saints. This new track is a deep tune that calls for repeated listening before all of its great splendour is revealed, although this listening is pure pleasure , as well as a pleasure that turns to something greater.

So three tunes in and we’re thinking Paul is spending his sixties doing something far more productive than touring with Art Garfunkel, as challenging and satisfying as those tours might be. He seems to be striving for what Bob Dylan accomplished with Time Out Of Mind and Love and Theft long after he’d been written off, for Dylan is Simon’s long-time rival, nemesis and chief contender for the role of Greatest American Songwriter. I don’t know that Dylan fans will ever truly acknowledge Paul Simon, or that Simon fans have given up pointing out that Dylan can surely write, but can hardly sing/play at all. Whereas Paul Simon’s body of work is truly an astonishing catalogue of songwriting and performance.

Love and Hard Times begins with some achingly beautiful piano. The song chronicles a visit from none other than God and his only Son with lyrics that could come only from Simon: a combination of art song and casual poetry “It’s hard to be grateful when you’re out of control”. The masterful guitar playing, the depth of the lyric, and the deep sincerity of his singing culminate in what will someday rank as one of Simon’s finest achievements.

Lest this sound too serious, Simon takes a different tack with Love is Eternal Sacred Light, making rock music out of ‘bomb in the marketplace” and ‘politics is ugly”, accompanied by a wailing harmonica and a basso profundo chorus and a ’50s sounding pop guitar. Great stuff.

If you’ve ever taken your ears away from the fact that Paul Simon is one of our greatest acoustic guitarists, then one listen to Amulet will remind you that he could have been the next John Fahey had he wanted.

And in these words from Questions for The Angels he writes: “Will I wake up from these violent dreams with my hair as white as the morning moon?”

One is reminded that young Paul could have set his mind on becoming the new Wallace Stevens, who was one of the most significant modernist poets of the last century.

But what he wanted was to be The Everly Brothers, and what he became is beyond, far beyond any of his idols.