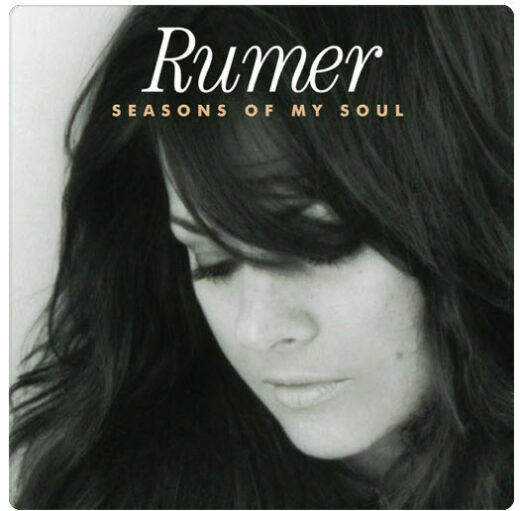 Her real name is Sarah Joyce and she was born in Pakistan in 1979; she’s currently a resident of Britain. Her stage name is Rumer, inspired by the author Rumer Godden. Her debut single “Slow” was featured on Smooth FM, and her single “Aretha” was heard frequently on BBC2 as a Record of the Week. Her voice? – well, let me tell you something about her voice; it’s magnificent.

When Rumer was discovered by Burt Bacharach, he paid for her flight to California so that he could hear her sing. The resulting album Seasons Of My Soul  was released on November 1, 2010. It was produced by the British composer Steve Brown, an award-winner whose deft touch in the studio has brought a warm and unforgettable sheen to this collection of songs, as well as a focus to the undeniable greatness of the singing on this record.

The last time we had a voice like this in pop music was a few decades ago. Rumer has been compared to Karen Carpenter, and while that’s an apt comparison, Rumer’s voice lacks a bit of the delicious lower register that Karen had in spades. Rumer has also been likened to Laura Nyro, the great singer-songwriter of the American North East. So if you can imagine the voices of those two, married to the songwriting ability of Carole King or Burt Bacharach himself, you will have an indication of the importance of this artist’s arrival in the music world.

The wonderful ghostly backing vocals on “Blackbird”, the intimacy of “Slow”, and the sensuousness of “Aretha”: these three tracks alone and together will be enough to convince even the most jaded of listeners that there is room for records done the old-fashioned way: with a straight-ahead, vulnerable, and romantic display of passion and conviction. Until, that is, you hear “On My Way Home and the closer “Goodbye Girl”. There are no fillers on this record, no wasted tracks or minor ballads that exist on lesser work simply to separate one standout from another.

If this debut album signaled anything about Rumer’s future, it was that there is still an audience for natural, uncontrived and unprocessed singing. This is one of those very few albums made that is much more than the sum of its considerable parts.