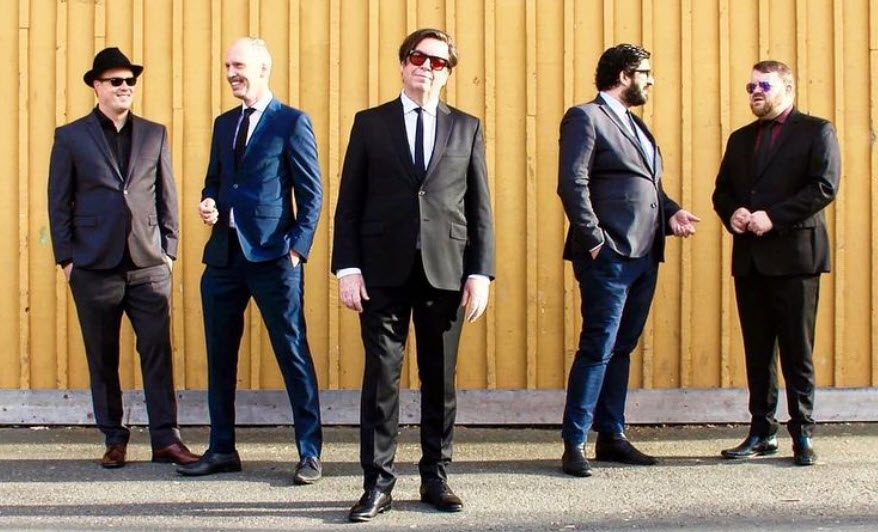 Last evening marked the fourth occasion that this popular tribute band has performed in Kelowna in recent years. Headed up by the remarkable Michael Demers, the Victoria-based group has assembled a formidable collection of Roy Orbison covers, while cleverly interspersing them with ’60s era classics from the likes of The Everly Brothers, The Righteous Brothers and Peter and Gordon.

Dressed in Orbison black, eyes mysteriously shaded in the Orbison manner, Michael Demers seamlessly recreates many of the 22 top singles from Roy’s Monument era. And – surprisingly – he also delivers many of the best numbers from Roy’s final Mystery Girl album, as well as crowd-pleasing classics from The Traveling Wilburys. Michael has not only a great dynamic range, he has a deep feeling for the emotional qualities of the tunes themselves. With a stellar band behind him, The Lonely is a winning approach to the music of one of the greatest pop singers of all time.

Standouts: “Only The Lonely”, “In Dreams”, “Mystery Girl”, the rousing encore number “Pretty Woman” and the powerful closer “Running Scared”.

The sold-out audience was enraptured, and this long-time Orbison fan made a point of seeking out Demers after the concert to praise him personally for the unalloyed music pleasure he and his band had delivered. He is a modest and talented guy with a deep knowledge of the Orbison canon. There are hundreds of tribute bands out there, but not many to compete with The Lonely. The demands of singing such emotional material, and delivering a convincing rendition of the Orbison magic are simply too daunting. Kudos to Demers and his dynamic band for a faultless performance.

Given the opportunity to add to the group’s setlist, I would choose to hear them perform “A Love So Beautiful” from Mystery Girl, and – one more ’60s British cover that would suit the group especially well – the classic “Needles and Pins” from The Searchers. Demers would knock both of those great tunes out of the park.

The Lonely are touring Canada and the U.S. in the coming months – including prestigious appearances in Scottsdale and Tucson. Check out their upcoming shows by visiting their website The Lonely.