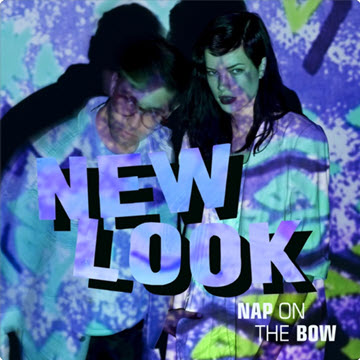 Minimalism is undervalued in electronic music. With so many different sounds at just the touch of a button, it’s understandable why experiments in negative space might take a backseat to dense sonic texture. While this is by no means a flaw, the reverse can certainly be refreshing to listen to, especially on a 2011 debut record by a little-known duo from Hamilton, Ontario.

The story of New Look is not unlike many music industry hook-ups that have transpired before. Impossibly-beautiful girl models by day but feels uninspired. Girl meets out-of-this-world DJ at a gig. Girl and boy decide to collaborate, getting married along the way. But lead singer Sarah Ruba (said model) and producer Adam Pavao (said DJ) are more than your average attractive-but-vacant hipster set, and their eponymously-named debut album was so much more than a sexy soundtrack for runway models to strut to.

For starters, the production is pristine, but effortlessly so. This is no easy feat as perfection in mixing can easily sound sterile or boring—you can imagine that The Strokes’ Is This It wouldn’t have sounded very good minus the grittiness, and the Dum Dum Girls’ album certainly didn’t gain very much from its studio polish. The crisp tones on New Look, however, work for rather than against the album’s minimalist synth-pop and Ruba’s alluring and dynamic vocals. This is because at the core of the duo’s music are infectious, well-written pop melodies, and precisely what makes New Look such an enjoyable and intriguing listen every time.

The album starts off strongly. “Nap on the Bow” features Ruba’s lovelorn coos against a backdrop of 80s-era synthesizer swells and sparse drum machine beats. On “Relax Your Mind”, Ruba is cool and composed alongside some clipped, Nintendo-like beeps. Unquestionably one of the most dazzling melodies on the album, “Relax Your Mind” recalls the electro-pop perfection of vocal-based Ellen Allien and Luomo’s excellent house album, The Present Lover. The duo shows a different side on “The Light” by playing with alternating beats. And “So Real” further cements the fact that Ruba made the right decision to quit her modeling gig and become a full-time chanteuse.

New Look received a fair number of comparisons to bands like Junior Boys and The xx. No doubt the common thread between these acts is a shared interest in a less-is-more methodology. Going with this approach can be risky. Without layers upon layers of musical elements to duck behind, anything less than impeccable can sound blatantly bad. To take on this challenge was unquestionably ballsy. To succeed on the first try is what made New Look such a promising arrival in electropop/futurepop music back in 2011, and surprisingly relevant more than ten years later.