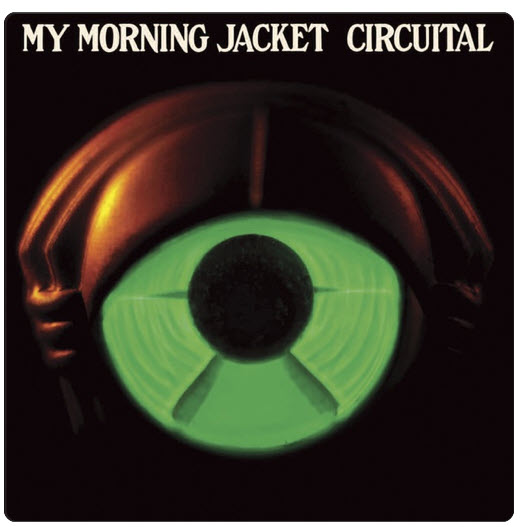 The newest album by My Morning Jacket proves the worth of its title Circuital. The album is both majestic and dense, a daring and powerful mix of rock, country and anthemic ballads that Jim James pronounced a few months ago to be a retro approach to new material.

“We’re trying to do everything but the strings live. There’s something old and dirty-sounding about it.”

Whoever called this band ‘the best thing to happen to rock music in ages’ was spot on. They know how to build a song without making it tedious, and they know how to write hooks into complex and sonically satisfying lyric content that might put you off other groups. Not to mention that Jim James has moved beyond his former obsession with George Harrison to better his mentor’s output by a considerable margin.

My Morning Jacket is one of the hardest-working bands in America, and throughout the last decade has been one of the most ubiquitous without becoming over-exposed.

Listen to Outta My System, a drug-infested tune about someone who has learned his lesson and see if you can stop the smile on your face from widening into a soul-satisfying indulgence that makes this your favorite new song of the summer. Two other standout tracks: the opener Victory Dance, a long, slow and sultry masterpiece that should be required listening by Arcade Fire and The National (so this is how it’s really done, they’ll be saying to themselves), and then First Light, a catchy throwaway of a song that bears up to repeated auditions. A further highlight of the album: the long-awaited studio recording of a Jim James concert fave: the acoustic Wonderful (The Way I Feel) that could and should be a country classic.

And then there’s the title track, an exploration of the idea that T.S. Eliot made plain decades ago in Four Quartets:

We shall not cease from exploration
And the end of all our exploring
Will be to arrive where we started
And know the place for the first time.

Not that Jim James is a student of Eliot, though that wouldn’t surprise me. My Morning Jacket is capable of anything but mediocrity.